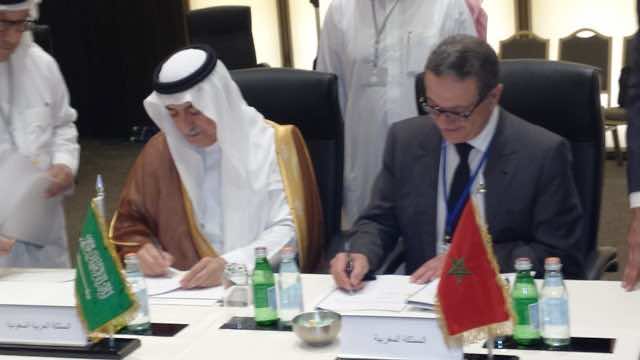 Of the total amount, USD 80 million will build the first phase of an irrigation project in Saiss, near Fez and Meknes. Another USD 50 million are earmarked for the purchase of medical devices for public hospitals. The last 100 million will allow for the completion of small to medium-sized construction projects in the kingdom.

The gift is an implementation of the third agreement from this year’s Joint Annual Meeting of Arab Financial Institutions, which took place on Bahrain on the 5th and 6th of April. Saudi Arabia’s finance minister, Abdelaziz Al-Assaf and the Moroccan minister of the economy and finance, Moahmmed Bousaid.

The signing of the agreement took place in the presence of the engineer Youssef Bin Ibrahim Bassam, the vice president of the Saudi Arabian Development Fund.

Boussaid, who headed the Moroccan delegation at the meetings, confirmed meetings with a number of finance and economics ministers from other Arab countries.

The ministers at the conference discussed and audited the annual performance reports of Arab financial institutions and shared development plans for the upcoming year.