Rabat - Russian media reports indicate that Morocco is in the process of negotiating the purchase up to 20 SSJ-100 Russian aircraft and has also shown interest in the MS-21 liner and additional helicopters. 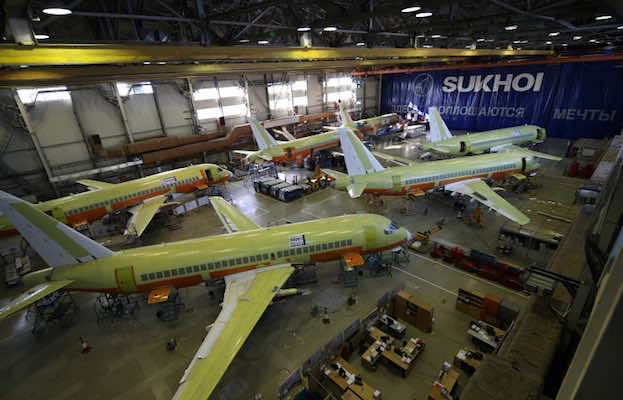 Rabat – Russian media reports indicate that Morocco is in the process of negotiating the purchase up to 20 SSJ-100 Russian aircraft and has also shown interest in the MS-21 liner and additional helicopters.

The reports are based on recent comments made by the Russian deputy industry and trade minister Viktor Evtukhov during his interview with Rossiya 24 TV on Tuesday.

“As for the Sukhoi company, [the Moroccans] are ready to buy in between 12 to 20 aircraft. As for helicopters and MS-21 the negotiations are still underway,” he said.

Evtukhov said that SSJ-100s may be slated to become part of Royal Air Maroc.

Earlier this year, EgyptAir was in negotiations with the Russian ministry to buy 40 SSJ-100 aircraft for the commercial airline’s fleet.

As of February, a total of 64 SSJ-100 aircraft are currently in service around the world, according to Sukhoi Civil Aircraft data.

The minister  asked the Moroccan buyers to consider the possibility of purchasing Russian aircraft out during a recent meeting, Evtukhov said.

“When I spoke about the advantages of the Sukhoi aircraft their interest was very high,” he said. “Right now the [JSC] United Aircraft Corporation is in very intensive talks with Morocco.”

The UAC is a Russian joint-stock holding company in which the Russian government has a majority stake. Sukhoi is one of the companies owned by the UAC.

The Sukhoi Superjet 100, or SSJ-100, is a twin engine regional jet that the model’s namesake company and several industry partners developed in 2000.

The superjet was designed to compete internationally with models found in the catalogue of the Brazilian-based Embraer and the Canadian-based Bombardier.

According to Sukhoi, using the SSJ-100 – priced at a mere $35 million – means substantially lower operating costs for operators.