Rabat - Morocco has remained immune from terrorism, according to a member of the Moroccan government. 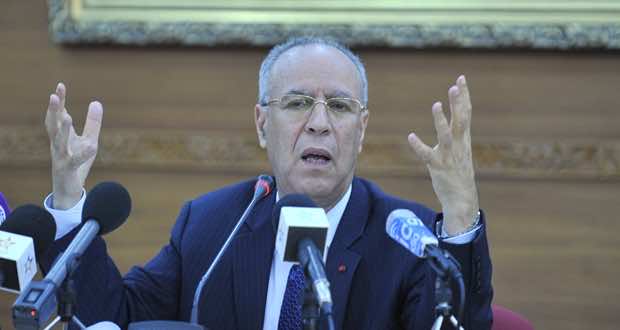 Rabat – Morocco has remained immune from terrorism, according to a member of the Moroccan government.

The government’s diligence in organizing religious affairs has lead to the protection of Moroccan society from the “virus” of corrupt ideologies of religious extremism, Ahmed Attawfiq, the minister of mosques and Islamic affairs, said on Wednesday.

The minister made the comments while he was delivering the opening remarks of a conference called “The Creation of Alternative Rhetoric to Oppose Extremist Ideologies,” currently taking place in Rabat. The program is organized by King Mohammed VI’s Institute for the Training of Imams and Female Preachers and the Central European University in Slovenia.

Karl Erjavec, the Slovenian deputy prime minister and minister of foreign affairs who is currently visiting the kingdom, said his country needs to mobilize all forms of anti-terrorism strategies in an intergovernmental cooperation framework. Traditional security tactics are not sufficient for an effective counter-terrorism strategy, he said. Instead, he insisted that a results-oriented approach requires that the deeper causes of radicalization are fully addressed and derooted.

The foreign minister also said Slovenia wants to focus on reviewing the contents of curricula made for the country’s youth and ensure that once the country’s graduates achieve their degrees, they are able to find well-paying jobs and participate in the national political life. The process will prevent young people from being recruited for participation in terrorist activities.

The Central European University has played a key role in promoting interfaith dialogue between the shores of the Mediterranean Sea, the minister claimed. The university has established a center for Arabic and Islamic studies and works to portray Islam in a moderate and peaceful way in the country and surrounding regions.

Abdeslam Alazer, the director of the Moroccan institute co-organizing the event, said his organization provides necessary training for French, African, and Moroccan imams so that they can be a positively contributing member to the social and political stability of their communities in the face of religious extremism. Many of the students of the Moroccan monarch’s namesake institute were also present at event to provide their perspective.