Rabat - For his part, Renault Chairman for Africa-Middle East-India Region Bernard Cambier said that, through the "Renault Ecosystem" project, the French group intends to boost its industrial and commercial presence in the Kingdom. 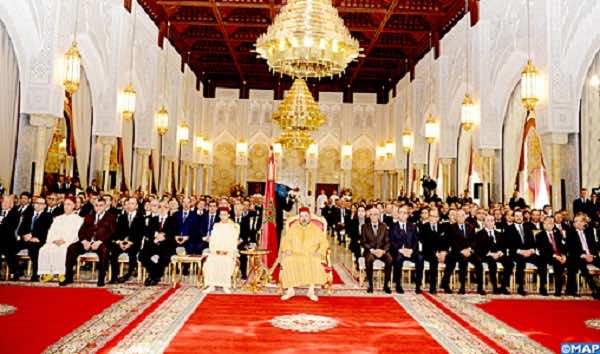 Rabat – For his part, Renault Chairman for Africa-Middle East-India Region Bernard Cambier said that, through the “Renault Ecosystem” project, the French group intends to boost its industrial and commercial presence in the Kingdom.

He underlined the untiring action by the Moroccan government, under HM the King’s leadership, to promote education and training notably in the automobile sector via the creation, for example, of institutes for training on automobile-related jobs.

“These assets place Morocco among countries that made progress in the field of industrial manufacturing quality. The quality of +Made in Morocco+ products is recognized by our group. One of the challenges facing the ecosystem is to continue progress in this area and ensure excellence,” he added.

Prospects of development are very important for all actors of Renault ecosystem as they rely on the Moroccan market’s dynamism and the growth of exports, in addition to the development of the Iberian base, he said.

He also mentioned other fields to promote the development of the Moroccan base as spare parts, toolmaking, engineering at competitive costs and supply of equipment.

On this occasion, HM the King chaired the signing ceremony of three agreements related to the said project. The first agreement is a framework-agreement on the setting up of the Renault ecosystem. It was inked by economy minister Mohamed Boussaid, Moulay Hafid Elalamy and Bernard Cambier.

The ceremony was attended mainly by the head of government, speakers of the two houses of parliament, HM the King’s Advisors, government officials and others.

At the end of the ceremony, HM the King offered a reception in honor of the figures attending the event.