A video Posted on YouTube on April 11 shows moment when Moroccan undercover police officers arrested two FEMEN activists before they took off their clothes in front of the court in Beni Mellal. 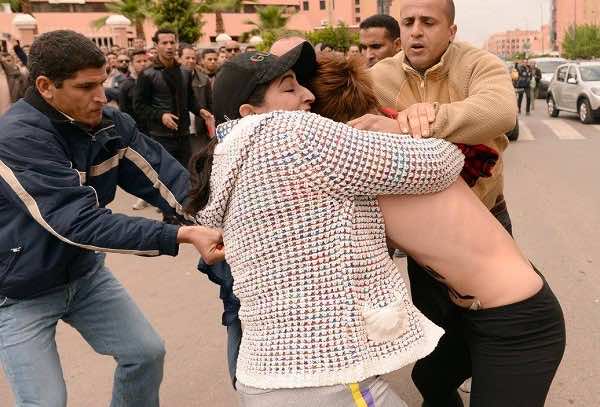 A video Posted on YouTube on April 11 shows moment when Moroccan undercover police officers arrested two FEMEN activists before they took off their clothes in front of the court in Beni Mellal.

The local authorities arrested the two FEMEN activists, identified as French nationals, amid applauds from passerby who gathered outside the court to demand the release of the attackers of the homosexual couple.

The two Activists were reportedly deported from Morocco for attempting to “damage public morals.”