Taroudant - Abu-Dhabi-based company, Masdar, announced on Saturday that it has installed 50% of the home solar energy systems in a project aiming to electrify remote homes in the rural regions of Morocco. 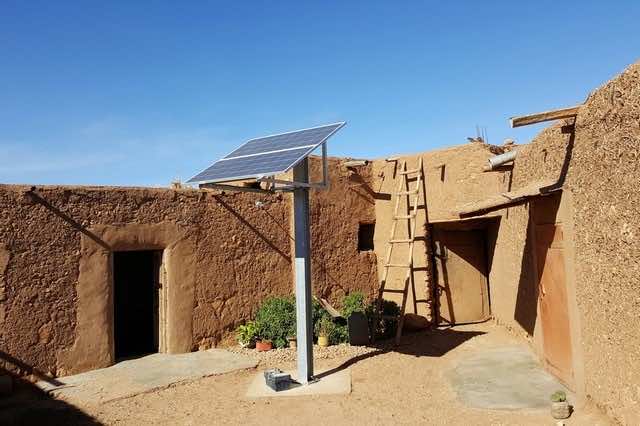 By
Larbi Arbaoui
-
Larbi is a freelance writer and assistant editor at Morocco World News.
Apr 13, 2016

Taroudant – Abu-Dhabi-based company, Masdar, announced on Saturday that it has installed 50% of the home solar energy systems in a project aiming to electrify remote homes in the rural regions of Morocco.

Masdar announced that 9,000 of the 17,670 solar systems, which are being provided to 940 remote villages, have already been installed.

The same source said that the project, funded through a grant by the government of Abu Dhabi, should be completed in the second half of this year.

“All of the 290-watt home solar energy systems are designed, supplied and installed under a project that is being executed by the Masdar Special Projects team,” the statement said, adding that “the full installation will result in 99% of rural Morocco having energy access by the end of 2017,” along with local initiatives.

Mohamed Jameel Al Ramahi, the chief executive officer of Masdar, said “The Kingdom of Morocco is a mature market for utility-scale renewables, but the country has also made exceptional progress in electrifying rural areas.”

“This project advances the global goal of delivering sustainable energy for all, and is another remarkable achievement for Morocco as it prepares to host COP22 at the end of this year,” he added.

Director of Masdar Special Projects, Khaled Ballaith said, “The systems we designed for rural Morocco are adapted to the particular geography; and various technical elements, such as the mounting frames and three-day storage capacity, help the systems function even under snowfall.”

Thanks to this project, nearly every house in the remote regions of Morocco will benefit from a solar energy system consisting of 290-watt panels that charge dual batteries capable of storing energy for up to three days.

The home solar energy system, a first of its kind in the region, comes as Morocco prepares to host the 22nd session of the Conference of the Parties (COP 22) to the UNFCCC in Marrakech from November 7-18, 2016.