Rabat - The Moroccan government has started importing a “large” amount of onions from outside the country in order to combat the rising price of the staple vegetable, according to a report by Medias24. 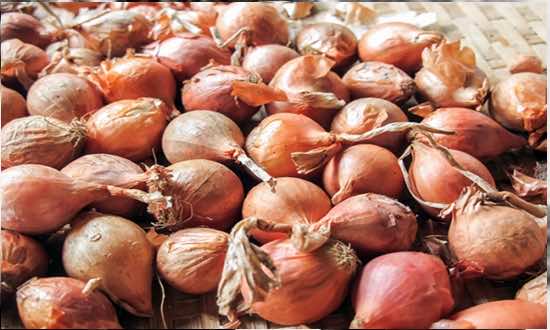 Rabat – The Moroccan government has started importing a “large” amount of onions from outside the country in order to combat the rising price of the staple vegetable, according to a report by Medias24.

The normal price of onions in Morocco stands around one to two dirhams per kilogram, however, due to hindered domestic agricultural output this year caused by delayed – almost absent – rainfall, its price has increased to 14 dirhams for just one kilogram over the past few months.

During a round of oral questioning with the House of Representatives, minister Mohammad Al-Wafa said the importation of onions had begun, but did not specify the size of the new orders or where the onions will come from.

The minister added that food products in Morocco are divided into two categories: the first category of consumables has its prices determined by price ceilings and floors set by the government, while the second category allows for markets to compete to set the appropriate price for the product.

Al-Wafa also said the government has plans to begin importing lentils and garbanzo beans in order to meet demand as it increases before and during the Ramadan season (June-July 2016).

Over the past week, green onions are the only form of the vegetable that has seen a decrease in price, while red and white onions continue to be expensive.

The Meknes-Tafilalet region accounts for 12 percent of the country’s onion production and is known as the nation’s principal site for the cultivation of onions. In total, approximately 22 hectares of land in the area grows the essential vegetable.