Rabat - There is only a few weeks until the Rio Olympic Games, the long awaited games. The first games in Latin America were hosted in Mexico in 1968, and the Rio games are sure to be just as fantastic. 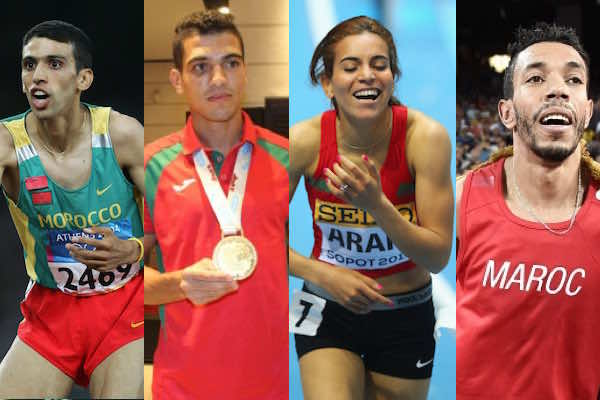 By
Aziz Daouda
-
Aziz Daouda is the current technical director of the Confederation of African Athletics (CAA).
Apr 15, 2016
Spread the love

Rabat – There is only a few weeks until the Rio Olympic Games, the long awaited games. The first games in Latin America were hosted in Mexico in 1968, and the Rio games are sure to be just as fantastic.

Although the games are weeks away, the athletes are well into their training and preparation. Such athletes have serious Olympic ambitions, and dedicate their whole lives to training for their respective competitions.

I admire all athletes, to compete at an Olympic level takes incredible skill and dedication. However, the events I wish to speak about are boxing and track.

Throughout history, the only Olympic medals Morocco has hearned have been in boxing and track. Morocco has won three bronze medals in boxing. Yet, we have been defeated by the United States in the past five years. We have won countless medals in track, but our runners recently returned from the world indoor championship with nothing to show for it.

Many people have already predicted Morocco’s failure in the Rio Games. However, in my opinion, not getting any medals is in no way catastrophic.

Sports have a way of preserving the hope in people. There will always be more competitions, more chances to succeed.

Before the famous Athens Games of 2004, the flag bearer Hicham El Guerrouj came into the games unhealthy and sick to health problems. Many thought that, because of this, he was sure to suffer a painful defeat in Rome. However, against all odds, he ran one of the fastest times in history.

This story should show us that anything is possible. That is to say, we should not lose hope.

To the boxer Mohammed Rabii who recently lost a competition in the United States, to Rabab Arafi, and to the valiant Abdelaati Iguider, don’t give up hope.

You should keep hoping, working, and believing. You are 120 days from the Games; although it may not seem like a lot of time, it is enough. Keep training, keep working hard, I believe in you and your exceptional talents.

Let us remember the story of Hicham El Guerrouj, and let us believe in success.