Rabat - The French company Alstom aims to bring an electric tram system to the city of Tangier, according to a report by Medias24. 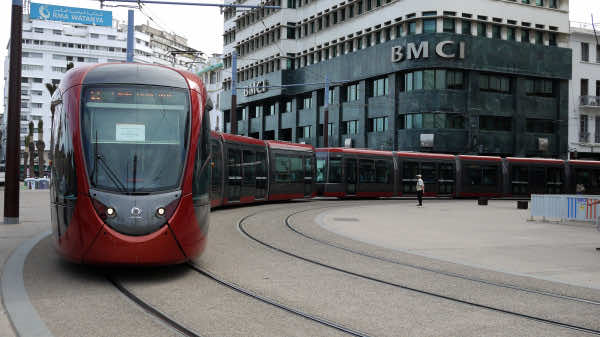 Rabat – The French company Alstom aims to bring an electric tram system to the city of Tangier, according to a report by Medias24.

The company is still in negotiations with Moroccan stakeholders for the project, which should create two tram lines stretching 25 to 30 kilometers long in the coastal city at a cost of MAD 8.4 billion.

“Our  mission in Morocco is to continue our expansion, participating in urban projects in the country, including expanding the Casablanca tram lines and constructing tram lines other cities such as Marrakesh, Agadir and Fez,” Tran Thi Mai, the head of Alstom Morocco told Medias24 during an interview at an industry convention in France on Thursday.

The contract to develop an electric tram system in Marrakesh was awarded to Alstom’s Spanish competitor Alsa earlier this week. Alsa currently runs the bus system in Tangier, as well as Agadir and Khouribga; the latter is located near Casablanca.

Alstom inaugurated the tramway linking Rabat with its sister city Sale in 2011 and completed its work on the Casablanca tramway a year later. In 2010, the Moroccan government signed a contract with the company to provide a dozen trainset for the high speed rail line that will connect Casablanca and Tangier in the coming years.

Public officials and transportation companies have been discussing the construction of a tram system in Tangier since 2014, but the government has yet to award a contract to allow its materialization. Asked about the delays, Thi Mai said “We will accompany the future of Morocco…we will talk at the appropriate time.”

Xavier Allard, the director of design and styling for Alstom Morocco said the aesthetics and functionality of the Tangier tram would resemble those of existing Alstom systems in Rabat and Casablanca.

“We are already thinking tram in Tangier,” Allard said. “Its design will approach some of those in Casablanca and Rabat, while being unique. What is certain is that it will incorporate several innovations to life onboard [the tram].”