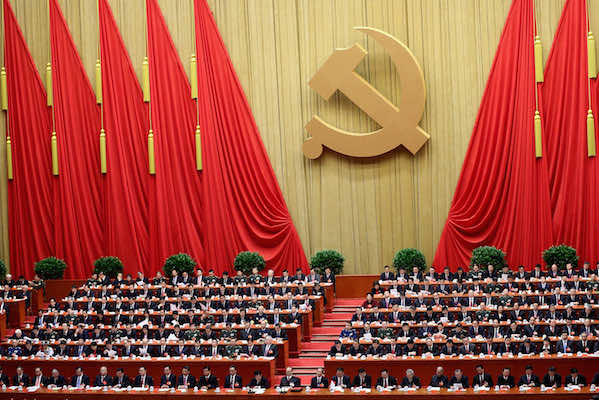 Beijing – In modern international politics, the state’s foreign policy is highly measured by its ability to maintain its interests within a remarkably complex and challenging international system. To maintain this successfully, states are very much aware of the role power plays in promoting their image and interests around the globe. However, today’s conventional understanding of power is no longer just a military one, but also a diplomatic one.

In a general sense, power is defined as the ability of a given state to lead one or more states to take actions that promote its interests. There are two means of power for any state to use to achieve its interests: direct action (force or coercion) or indirect action (influence or persuasion.)

The application of power in international affairs has raised an endless debate among those who are in favor of the direct military use of power and those who are in support of diplomacy. This indirect use of power is what Joseph Ney calls soft power and which he defines as the ability to influence others to get them to do what you want, which costs you much less ‘carrots’ (inducements) or ‘sticks’ (threats).

China, since the foundation of the People’s Republic of China (PRC), as all rising powers, has also tended to expand its soft power by building friendly relations with many countries around the world, especially developing countries. The Arab world is among the countries with whom China has successfully established strong economic and political relations.

Many scholars believe that China’s foreign policy in the region has played a key role in maintaining a good image of China in the public opinion’s mind. China’s non-intervention and its opposition to the use of force have already been a major source of Chinese soft power in the region. Besides, the discussion about Chinese foreign policy in the Arab world brings about another aspect of Chinese soft power that China might have: a comparative advantage which Chinese officials are not aware of. This aspect appears in the cultural similarities that China shares with the countries of the region. These historical and cultural similarities, and if they are used in an effective way, they will surely help build a much more positive image of China in the Arab World.

Returning to Nye’s original conceptual work of soft power in relation to culture, Nye argues that culture is more attractive and has more soft power when cultures are somewhat similar. Therefore, one should not be surprised if Chinese soft power is welcomed in its neighboring countries, particularly East and Southeast Asian countries where cultural similarities (Confucianism) are widespread among the populations. Thus, one should ask if the case is the same with the Arab World. Are there any cultural similarities between these two regions? If so, what are they and how can China use them to strengthen its foreign policy in that region?

It seems to be hard to approach any international phenomenon without focusing on the role of culture. However, ‘culture’ is difficult to define but hard to undermine in international affairs. Hudson argues that “part of the problem with culture is that it’s so inclusive that it is hard to know what to include.” He defines culture as a concept that can “tell us what to want, to prefer, to desire and thus to value.” Culture, then, is very important since it influences our values, our worldviews, and most importantly our relations. Therefore, we can say that international relations in general are, to some extent, a product of the interactions between different cultures.

The study of how cultural differences affect foreign policy decision-making has always been the core of international relations studies. Many, if not all, governments use culture in their foreign policies, often by promoting their language, music, media, or traditional values as part of their soft power. In this regard, Nye argued that cultural diplomacy might be effective and successful when it attracts people overseas. He emphasizes that in the case of cultural similarities, the task of cultural soft power might be much easier than the case of dissimilarities.

To better grasp how cultural similarities and differences are studied, one ought to direct their attention attention to the work of Geert Hofstede. In his attempts to define different cultures, Hofsted proposes four dimensions of culture: power distance, individualism-collectivism, masculinity-femininity, and uncertainty avoidance.

Since the framework of this article doesn’t allow for elaboration on all four dimensions, I will focus just on the first two dimensions. In his framework, Hofsted defines power distance as the context in which less powerful people accept the unequal distribution of power among society members. For individualism and collectivism, Hofsted defines individualistic societies as societies where people are expected to depend on themselves, while in collective societies, individuals are considered members of connected groups where they are expected to work for the welfare of the group, not of the individual.

In Hofsted’s study of differences between low and high power distance cultures, both of Arab and Chinese cultures are ranked high in power distance values compared to countries such as the United States and some European countries. Social status, for example, of the speaker and receiver is very central theme to the Arab as well as Chinese societies; people with high power in these two countries refer to each other by their title and last name. People with power, regardless of being parents, leaders, or even teachers value obedience in their subjects or children more than those in low power distance.

In the context of Chinese culture, Confucianism is also a significant source of ethics and morals that emphasize power distance. Under its tenets, everyone is required to obey the hierarchical system where the stability of society is based on unequal relationships between people. In the Arab and Islamic culture, power distance is very significant. In any family, as the case in China, the senior or ‘Sheikh’ is always the source of knowledge and power to whom the young people should listen and obey. Similar rules are applied in the office and even in high official positions.

Collectivism is also a major dimension shared by Arab and Chinese cultures. In a society like China’s, where Confucianism is predominant, collectivism is very much emphasized. Arab-Islamic cultures are also collectivist with high power distance. Generally speaking, Hofstede argues that the predominance of religious and philosophical values tend to emphasize stratification and hierarchy. Consequently, these cultural dimensions may cause Americans to criticize human rights issues in these two countries, which might even affect the relations between them, just out of misunderstanding on how these cultures work.

Saving face is a very important shared dimension between Arab and Chinese cultures. When dealing with conflict, the concept of face is very important in Asian and Arab cultures. To engage in appropriate behavior, is very necessary in these cultures in order to maintain a positive image. If one does not fulfill the expectation of the group, then one may lose face. Therefore, conflict and confrontation are generally avoided in these cultures.

It is hard or even impossible to talk about the common points of Chinese and Arab cultures without mentioning religion as a signification source of Chinese soft power in the Arab World. Islam in China became a valuable instrument for the Chinese government to tie its diplomatic as well as cultural relations not only with the Arab countries, but also with all the countries of the Muslim world. With more than 21 million Muslims in China fully integrated into Chinese society and many who can speak Arabic, China has great cultural soft power in the Arab world.

After analyzing these different aspects of shared culture between the Arabs and Chinese, we can say that China’s cultural soft power can be an effective tool in fostering Chinese relations with many Muslim and Arab countries more than any other region. Soft power can also help create direct contact between the people and build a favorable opinion of China among these countries’ leaders.

HUDSON, Valerie M. (ed.) Culture and Foreign Policy, Boulder, Lynne Rienner, 1997. ( please notice that I had mistakenly wrote 1976 for this book. Please make sure to change it to 1997) and sorry for this inconvenience.