Rabat - 67-year-old Dutch football analyst, Johan Derksen, claimed on Monday’s Dutch sport program, “Voetbal Inside,” that the failure of many Dutch football clubs is due to the high percentage of players with a Moroccan background. He claimed that many Moroccans in the Netherlands do not have the right “competition mentality” 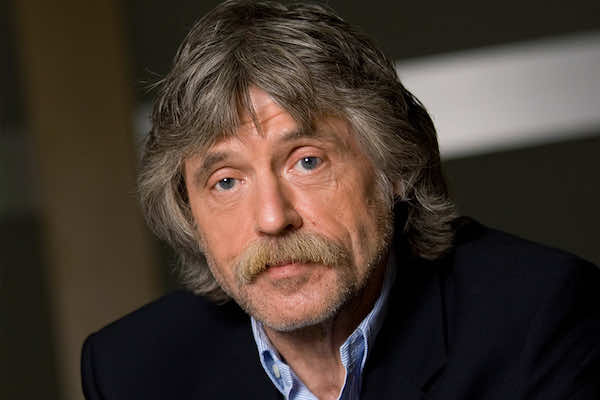 Rabat – 67-year-old Dutch football analyst, Johan Derksen, claimed on Monday’s Dutch sport program, “Voetbal Inside,” that the failure of many Dutch football clubs is due to the high percentage of players with a Moroccan background. He claimed that many Moroccans in the Netherlands do not have the right “competition mentality”

“I will probably be perceived as a racist, but that doesn’t bother me,” Derksen stated as he shared his controversial thoughts on the relationship between the Dutch football industry and the Moroccan Dutch community.

The host of the Dutch program, Wilfred Genee Derksen, was quick to point out that many of the statements Derksen was making were discriminatory, however, the conversation advanced. “It does not work if Moroccans in amateur clubs get the upper hand. This is an issue that is never addressed truthfully in this country, yet it is a very big problem, indeed — a larger problem than we allow ourselves to recognize,” Derksen continued.

According to Derksen, the majority of Dutch football clubs are “messed up and ineffective” because their fields are located close to districts with a large Moroccan Dutch community. “Moroccan players get the upper hand in the selection and, thus, football teams do not function anywhere given that Dutch youth go to other clubs or stop playing all together.”

Dutch Minister of Health, Welfare and Sport, Edith Schippers reacted to the comments made by Derksen stating “you cannot deny that incidents such as aggressive behavior during matches at certain clubs are more prevalent than others” to Dutch broadcast foundation, NOS. “The question is: what can you do and how do we solve it,” Schippers continued. “We see it happen on the fields but we look away, it’s time to face the problem.”

Derksen’s comments also stirred up anger. Earlier this week Minister of Social Affairs Lodewijk Asscher shared through Facebook that although Derksen is free to address this issue, the exclusion of Moroccans in football clubs is racist and most certainly not the approach the country should be taking. He stated that the Royal Dutch Football Association, KNVB, is primarily responsible for the issue in football teams. “The solution for misbehaving young footballers is to enforce the rules, not just for Moroccans but for everyone,” says Asscher.

Schippers agreed and demanded strict enforcement of codes of conduct for football clubs as well as the KNVB. She continued by highlighting the importance of shaking hands with the competing team before as well as after the game. “If you teach young kids not to approach the opponent as their enemy but rather as a challenge to overcome, one can help improve the atmosphere and attitude on the field,” said Schippers. “The solution is not to exclude Moroccan boys, that is discrimination.”

Some believe that the issue isn’t even there to start with. Professor Paul Verweel, who was a member of the KNVB board for six years, told the Dutch newspaper that he believes the statements of Derksen were “absolute nonsense.” “This observation is based on a few experiences. It is not a general phenomenon.”