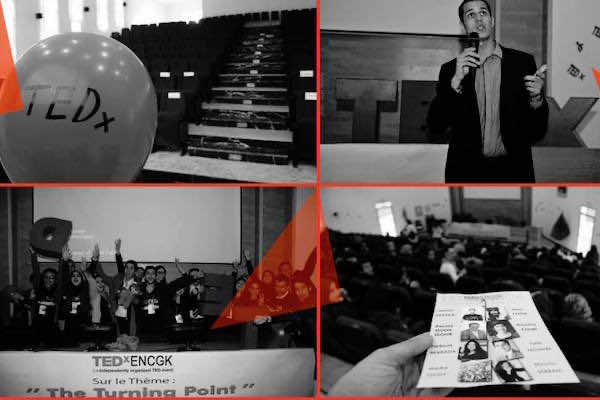 Under the theme “Just Press Play,” ENCG will inaugurate its fourth annual TEDxENCGK event that will include talks given by prominent Moroccan public figures from multiple industries and fields.

The organizers of TEDxENCGK have invited leading Moroccan public figures to talks describing their own journeys as professionals and emerging leaders in order to inspire Moroccan students and young professionals.

The event aims to attract both youth and senior community leaders for attendance. TEDxENCGK is also an opportunity for speakers and attendees to network.

Technology Entertainment Design (TED) is a nonprofit foundation dedicated to spreading ideas through short, electrifying speeches that take place at a global set of conferences. TED began in 1984 as a one-off conference and became an annual conference in 1990.

The official TED conference takes place each year in Vancouver. TEDx are independent TED-like events, organized by anyone who first obtains a free license from TED and agrees to follow certain guidelines.

Today, TED talks cover different topics from many disciplines, including culture, politics and social global issues in more than 100 languages.