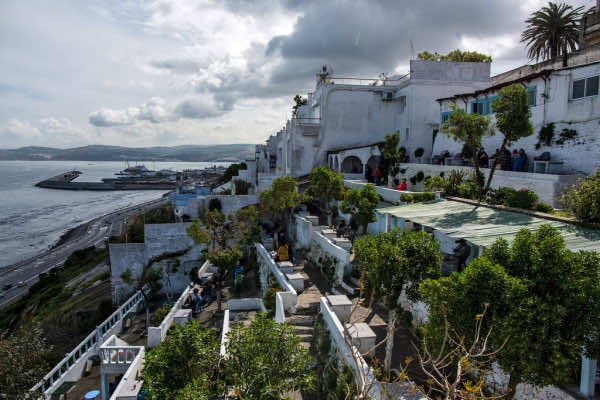 The article released on Friday cites the coastal city’s new infrastructure developments – including a “huge” new port, a high-speed rail line connecting the city to Casablanca, and “facelifts” for monuments and museums – as evidence of the revival of the city.

After highlighting aspects of the Tangier’s “global return”, the article describes an itinerary for a 36-hour stay in the city.

The weekend stay starts on Friday with a tour of Boulevard Pasteur, or La Boulevard, known for its Art Deco aesthetic and rows of coffee shops and book stores. One book store in particular, called Librairie des Colonnes, was specifically mentioned due to its owner – Pierre Berge, the former romantic and business partner of the French fashion designer Yves Saint Laurent – and its range of books available in many languages.

Later that day, the article urges visitors to sip coffee at the Gran Cafe de Paris and the Cinémathèque de Tanger, which hosts an independent movie theater, among other essential amenities.

For dinner, a seafood meal at Saveur de Poisson and drinks afterwards at Rue Magellan were recommended.

Tourists should visit the open-air coffee shop Cafe Hafa in the morning to take in the the view of shores of Spain across the Strait of Gibraltar. Next, the article recommended visiting the markets on Rue Sebou and Rue des Almohades to shop for artisanal goods and the Kasbah Museum.

After finishing out Saturday night at El Morocco Club, the itinerary suggests travellers to take a good night’s rest and relax at the beach on Sunday before their flight home.