Rabat - A violent fire broke out on Thursday at the headquarters of the National Society of Radio-diffusion and Television (SNRT) in Rabat, causing significant property damages but no casualties. Videos and photos of the fire went viral on social media. 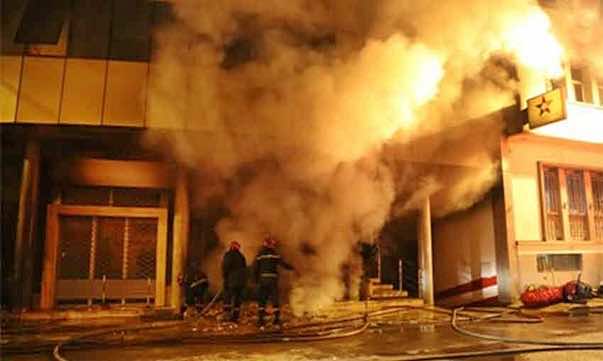 Rabat – A violent fire broke out on Thursday at the headquarters of the National Society of Radio-diffusion and Television (SNRT) in Rabat, causing significant property damages but no casualties. Videos and photos of the fire went viral on social media.

According to company officials, the fire caused a lot of material damage. While no information was provided about the origin of the fire, the same source said that the incident was triggered on the first floor, which houses the national radio studios, before spreading to other levels of the SNRT building.

The presence of flammable materials and equipment – including cassettes and tape recorders – had facilitated the spread of fire.

Firefighters, police officers and local officials were dispatched to the scene immediately and managed to control the fire and prevent it from spreading to other areas of the building.

Authorities said that an investigation into the cause of the fire is ongoing.