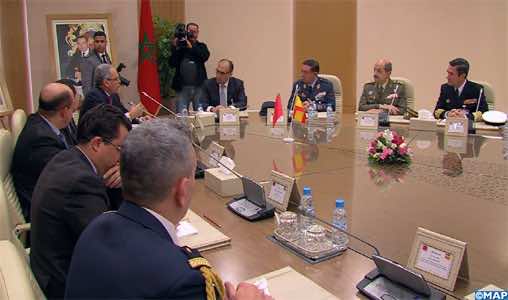 The visit of the Spanish official to Morocco, which takes place in the framework of the 9th Moroccan-Spanish joint military commission, was an opportunity for both sides to discuss various aspects of cooperation between the two kingdoms, the Administration of national defense said in a statement.

This cooperation, which structured, regular and diversified, covers training, exchange of expertise and interoperability of forces, is punctuated by frequent exchanges of visits of senior officials and the organization of joint exercises.

The two sides praised the significant progress of bilateral military cooperation in these areas and expressed satisfaction with the excellence of the partnership between the two Kingdoms.

They also voiced their common will to further strengthen cooperation and extend it to other areas and activities of common interest, while working together on the development of multilateral cooperation particularly in the context of the “5 + 5 Defense” initiative.

Alvargonzales hailed the active engagement of the Kingdom, under the leadership of King Mohammed VI, in favor of peace and its role in regional stability.