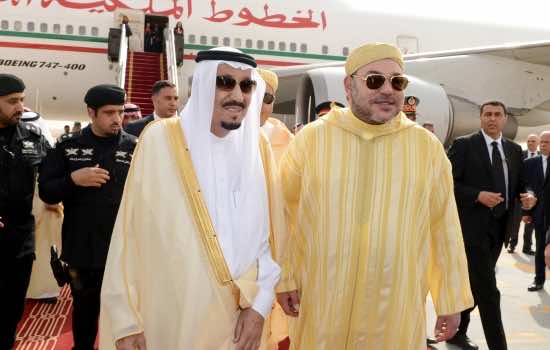 Upon His departure from the King Salman air base, the Sovereign was seen off by HRH Prince Faisal bin Bandar bin Abdulaziz Al Saud, Governor of the region of Riyadh. T

he Sovereign then reviewed a detachment of the Saudi Royal Guard who made the honors before being seen off by members of the Moroccan embassy in Saudi Arabia.

First of its kind, the Morocco-GCC Summit, which will be held Wednesday in the Saudi capital, will give new impetus to the strategic and multifaceted partnership between Morocco and GCC countries.