Rabat - On Wednesday, the French branch of the Socialist Union of Popular Forces (USFP) accused the Moroccan government of disenfranchising citizens living abroad before the October 7th elections in a new set of proposed amendments to the country’s electoral laws. 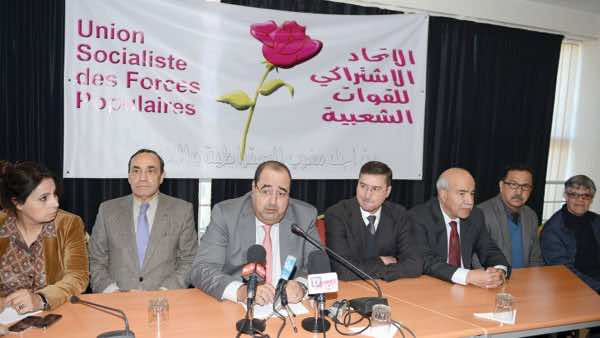 Rabat – On Wednesday, the French branch of the Socialist Union of Popular Forces (USFP) accused the Moroccan government of disenfranchising citizens living abroad before the October 7th elections in a new set of proposed amendments to the country’s electoral laws.

Abdelilah Benkirane has previously committed to developing initiatives to facilitate the inclusion of expatriate Moroccans in the political system by providing places for the community to submit their vote and nominate their peers to stand in elections: two rights directly outlined in article 17 of the 2011 constitution.

When the interior ministry published the draft amendments earlier this week, it was revealed that no new provisions concerning the engagement of Moroccans abroad had been created. Shortly afterwards, an official told reporters that the fulfillment of the head of government’s commitments will be delayed until after the local and national elections later this year.

Approximately five million Moroccans live abroad, mostly in European countries. Many parties – including Benkirane’s own Justice and Development Party (PJD) – have lobbied for the establishment of voting centers in Moroccan embassies to encourage expatriate citizens to increase their low voter turnout, caused by inadequate electoral infrastructure.

Several parties in the parliament have also proposed plans to create new seats in the House of Representatives for citizens in the diaspora. The number of news seats varies anywhere from four to 60, depending on the party writing the draft law.

The party’s branch criticized the government’s refusal to back any one of the proposals in the past few months, citing the success of several neighboring nations, such as Algeria, Tunisia, Egypt, France, Italy and Portugal, in securing representation for communities consisting of their own citizens living outside the country’s borders.

The USFP credited Moroccans abroad for securing the financial future of millions of families in their home country through their remittances, which are set to exceed six billion dollars this year.