Manama - The speech delivered by King Mohammed VI on Wednesday in Riyadh at the Morocco-GCC Summit was "very clear" about "the need for joint action to face the current situation," the King of Bahrain, Hamad Ben Issa Al Khalifa, said. 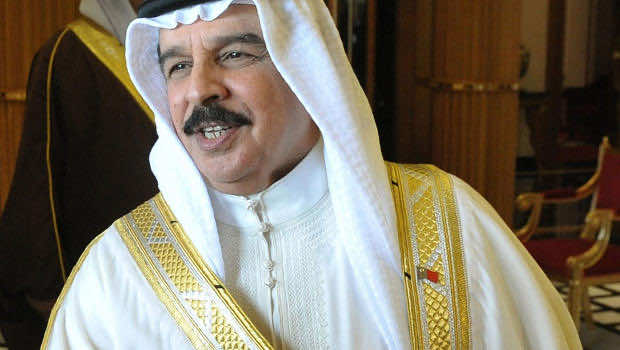 Manama – The speech delivered by King Mohammed VI on Wednesday in Riyadh at the Morocco-GCC Summit was “very clear” about “the need for joint action to face the current situation,” the King of Bahrain, Hamad Ben Issa Al Khalifa, said.

The King of Bahrain added that the participation of King Mohammed VI in the GCC-Moroccan Summit alongside Gulf leaders is a historical event, lauding the Moroccan King’s remarks in his speech on the need for the reinforcement of joint partnerships to face the current situation in the Arab region, Bahrain’s news agency reported.

Hamad Ben Issa Al Khalifa said that the implementation of the visions and recommendations produced by the GCC-Morocco Summit will be on top of the priority list. The King of Bahrain called for the exchange of visits to push forward Gulf-Moroccan relations to higher level in various fields.

“It is a great pride to be with His Majesty King Mohammed VI to discuss our present and our bright future,” Hamad Ben Issa Al Khalifa said.

The King of Bahrain highlighted the solid fraternal ties between his country, Gulf countries and the Kingdom of Morocco.

The leaders of the Gulf Cooperation Council (GCC) countries reaffirmed their principled position on the Moroccan Sahara issue that they consider also as an issue of the GCC countries.

In the joint final statement of the Morocco-GCC Summit, they affirmed their position supporting the fact that the Sahara is Moroccan and their support for Morocco’s autonomy plan as the basis for any solution to this artificial regional dispute.

They also expressed their rejection of any prejudice to the higher interests of Morocco and their commitment to collective defense of the security and the stability of their countries, and respect for countries’ sovereignty and territorial integrity.