Agadir - On April 16th about 120 people got to together in the southern city of Erfoud. The city is considered to be the center of the mineral Meteorite and fossil trade in Morocco. 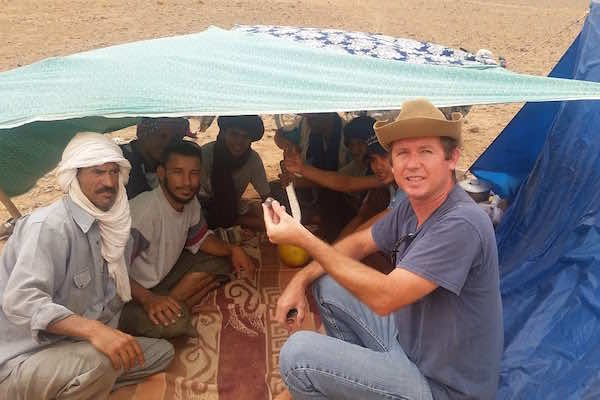 Agadir – On April 16th about 120 people got to together in the southern city of Erfoud. The city is considered to be the center of the mineral Meteorite and fossil trade in Morocco.

In this small sleepy, dusty town in the south of Morocco, the main industry until the mid-eighties, was desert oasis agriculture. However, a relatively recent economic transformed the region into a bustling, flourishing port city to the Sahara. The economic revival was due to two main factors. The first was the increase in desert tourism, which now includes very heavily towards geological tourism due to the area’s natural recourses. The second and maybe most important one was the fossil, mineral and meteorite trade.

This last sector has grown tremendously in the last few years. It put Morocco in scientific headlines, every institution around the globe that studies meteorites has Moroccan meteorites in its collection. Over 10,000 meteorites have been classified around the world that have been traced back to Moroccan soil. Furthermore, there have been at least 10 witnesses of meteorite showers. Remnants of such showers have, supposedly, been saved and collected. One of the most famous meteorites, a “Tissint” a stone from Mars that exploded over the town of Tata, was found and made international headlines.

On April 16th the City of Erfoud woke up to see 120 meteorite specialists, dealers, hunters showed up at palms hotel from every corner of the Kingdom. They were all there to attend the official founding of the meteorite association. The group was officially titled the Moroccan Association for Meteorite Professionals and Association Amateurs (AMPAM). Parliamentary representative, Mr. Abdellah Saghiri, was also in attendance. Mr. Saghiri promised to protect the livelihood of those involved in such trade.

The objectives of the Association are as follows:

The formation of the association is due to rumors that academics were planning on presenting a law that would ban the buying and selling of minerals, fossils and meteorites. The introduction of such a law would cause a massive socio-economic disaster. Tens of thousands of hard working men and women make a living on this trade, mostly in very harsh desert environments where there is no other way to make a living.

Furthermore, the trade provides Morocco with a lot of revenue. According to statistics of the “office de change” millions of dollars trickle in to the Moroccan economy from this trade every year. The biggest setback would be the loss of international scientific community who would not have access to Moroccan resources. The meteorites would be left to rest under the burning sun of the Sahara, face the hard desert weathering conditions, and benefit no one.