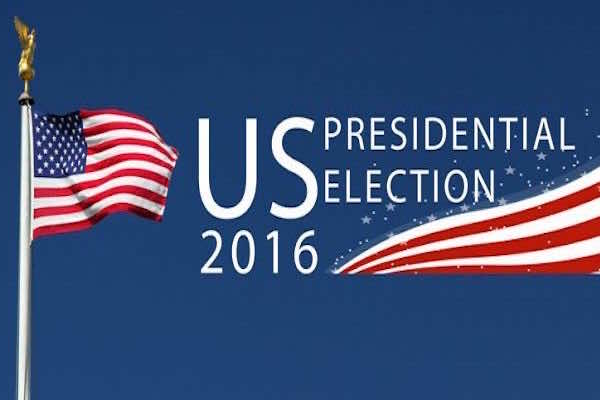 Rabat – Before Americans can vote for the next President of the United States, they must first choose who they want to represent their party in the general election. While it may be easier to simply look at the results of recent contests to see who won, to better understand the endless column inches and countless hours of television coverage of the primary season, it’s important to understand who represents the interests of the voter and how are they chosen.

Similar to the general election, voters do not directly vote for the candidate they want to be their political party’s nominee. Each state chooses delegates or representatives – referred to as “pledged delegates” – to attend the Republican and Democratic parties’ national conventions to represent the candidate for whom they have pledged to cast a vote. Their pledges are based on the results of primary and caucus races in each state; the process for these races is discussed below.

Unique to the Democratic Party are “superdelegates.” Consisting of distinguished party members and political leaders, these are delegates from a variety of states that are free to vote for the candidate of their choice at the Democratic national convention. They are free from the constraints of the wishes of their party’s voters, making them a controversial aspect of the nominating process. While the Republican Party may have superdelegates in certain election cycles, they often play a far less significant role in choosing the party’s general election nominee than their Democratic counterparts.

The processes for determining which delegates are awarded (or “pledged”) to which candidates as a result of the primary and caucus races in each state differ between the Democratic and Republican parties. In every state, Democratic delegates are awarded proportionally – i.e. each candidate is awarded a proportion of that state’s delegates roughly equal to the proportion of popular votes they win in that state. However, Republican Party leaders in many states have opted for a winner-take-all or winner-take-most allotment of delegates in an attempt to streamline the nomination process.

The Democratic Party has a total of 4,764 delegates; the Republican Party has 2,472. In order for a candidate to secure the nomination before the convention, they must have just over 50 percent of their party’s available delegates. This means the Democrats are each fighting to win 2,383 delegates, and Republicans are battling over 1,237 delegates.

At the moment, former Secretary Clinton has 1,774 delegates towards winning the Democratic party nomination, as compared to Sen. Bernie Sanders’ 1,117. In the Republican race, Donald Trump has 743 of the available delegates, Sen. Ted Cruz has 545, and Governor John Kasich has 143.

While Article II of the U.S. Constitution states that a president and vice-president shall be selected every four years by a number of electors from each state, it doesn’t dictate the role of political parties and the selection of a party nominee.  Because of this constructive ambiguity, each state is left to establish its own system for party nominating contests. They’ve all chosen to do so either through a primary or a caucus.

Primaries are the most common process for choosing a party’s presidential nominee, and are arranged by the states themselves. Similar to the general election process, ballots for a candidate are cast privately by primary voters. Primaries are further broken down into three major categories: An open primary allows any registered voter, regardless of their political party registration, to vote for any candidate. If a voter is registered with the Democratic Party, they are still allowed to vote for a Republican or Independent candidate, for example. In a semi-closed primary, registered Republicans and Democrats must vote only for candidates from in their party, but registered Independents are free to vote for whomever they choose. A closed primary restricts voters to the selection of candidates offered by the party to which they are registered.

Caucuses are less common, with only Alaska, Colorado, Hawaii, Kansas, Maine, Minnesota, Nevada, North Dakota, Wyoming, and Iowa choosing this format. In contrast to primaries, political parties choose the date and time that a caucus is held. Voters in a caucus do not vote by secret ballot, but rather openly show support for the candidate of their choice by arranging themselves in groups or by taking hand counts. The voters are restricted to choosing only from one of the candidates offered by the party to which they are registered.

If a candidate can secure their party’s magic number of delegates before the nominating conventions, then the conventions themselves are merely a formal celebration for that candidate. Between the Democratic candidates, Hillary Clinton is expected to reach the 2,383-delegate goal to secure the nomination before Bernie Sanders. For the Republican candidates, it’s a different story.

With recent wins for Sen. Ted Cruz, there is a growing possibility that none of the Republican candidates will reach the required delegate count going into the Republican nominating convention. In the event that no candidate receives the 1,237 delegates needed before the convention to safely secure the nomination, the Republicans will be faced with a “contested convention.”

A contested convention starts like any other, with a round of voting in which pledged delegates vote for the candidate they were sent to nominate, and superdelegates choosing whomever they wish. When the votes show that no candidate secured the proper number of votes to win the party’s nomination outright, then a second round of voting is conducted. During the second round, pledged delegates are free to change their votes and may support a different candidate, so the candidates will work to persuade delegates to vote their way. This happens over and over until there is a clear winner.

It is possible that the Republican National Committee (RNC) – the party’s governing body – may choose to suspend Rule 40, a provision of the party’s governing regulations dictating that a candidate must have won at least eight states in order to be on the ballot at the national convention. If the RNC suspends the rule, the floor opens to entirely new candidates who did not participate in the state-level primary or caucus process..

For more information about primary season and the U.S. presidential elections in general, you can find several informational and humorous videos on the U.S. Embassy in London’s website.