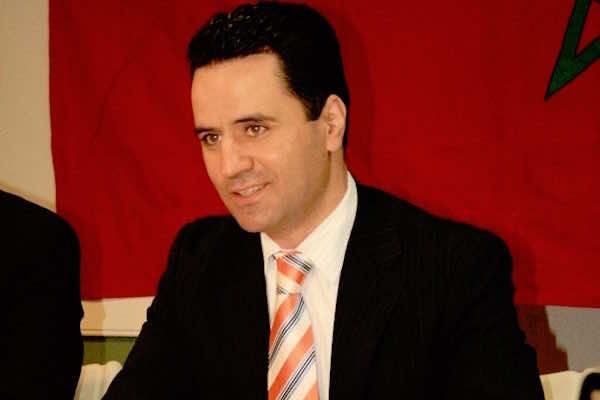 Ifrane – As part of the ongoing discussions about the issue of the Western Sahara, the Moroccan Politics Club at Al Akhawayn University Ifran (AUI) organized a talk entitled “How Ban Ki-moon Failed to Help the Parties Achieve a Political Solution” by Samir Bennis, PhD.

Following the controversy over statements made by UN Secretary-General (UNSG) Ban Ki-moon earlier in March during his trip to the Tindouf camps and Algiers, AUI’s Moroccan Politics Club (MPC) organized a talk that took place on March 17, hosting the political analyst and Editor-in Chief at Morocco World News (MWN), Samir Bennis, PhD, as a speaker.

The talk, which lasted almost three hours, attracted an audience of more than 80 people, including students, professors and AUI staff. The talk featured a high degree of speaker-audience interaction, with Bennis accepting many questions from the students in attendance.

Bennis began the talk by analyzing the UNSG statement in a legal framework. The controversy surrounding Ban Ki-moon’s statements comes from the usage of the particular word “occupation.”

According to Bennis, Ban Ki-moon showed prejudice and bias in his statements, something that is outlawed by international legal norms. Bennis argued that as Secretary-General of a body that advocates peace and equality, Ban Ki-moon should maintain an impartial stance on the Western Sahara dispute.

“Being a UNSG binds him to neutrality,” Bennis said.

Instead of merely verbally claiming the Western Sahara as part of the Moroccan territory, Bennis argued that state institutions should take actions to supplement the arguments they have. In this context, he advocated for the use of educational tools like historical documentaries with subtitles in English and other languages to promote the issue internationally.

In his talk, Bennis highlighted the role that Morocco World News plays in defending the issue of the Western Sahara by providing news stories reflecting the reality of the situation as well as the historical background surrounding the issue. MWN publishes news stories in three languages – Arabic, French and English – with English playing a key role in reaching a viewership of 1,500 communities worldwide.

Bennis criticized the carelessness of the mainstream Moroccan media in defending the Sahara question.

“One or two media outlets cannot be effective in spreading knowledge about the issue. Every political and social body should massively work on it,” he said.

Bennis urged the audience to look for reliable sources and references that prove the Sahara is Moroccan, and will remain Moroccan.

The political adviser also lauded King Mohammed VI’s visit to Russia. As one of the five permanent members of the UNSC, Bennis asserted that addressing Russia could assure security in the issue and draw the attention of China as a potential ally.

During the talk, Bennis also clarified that the reason behind the use of the term “Western Sahara” in MWN news stories – rather than “Moroccan Sahara” which is more commonly used in Morocco – is not a symbol of neutrality, but rather a means to reach out to readers around the world. Researchers on the topic use the term “Western Sahara” rather than “Moroccan Sahara.” He clarified that this is part of MWN policy to reach a wider audience interested in the issue and to bring in the international community as much as possible.

Moroccan Politics Club – the organizers of the event – is the only student-led organization at AUI that addresses political issues. The club has a stated mission of encouraging student participation in political discourse. Established in 2011, MPC has hosted a variety of different events, such as educational trips to the Moroccan and European Parliaments, weekly group debates, conferences, and other related activities.

As the event came to a close, Bennis stressed the importance of student engagement in such issues. Bennis argued that the government is unable to solve the question of the Western Sahara on its own and that Moroccan society must take collective action.