Rabat - Matt LeBlanc, the Friends alum and newly-named co-host of Top Gear, rode an Ariel Nomad in the desert of Morocco for the BBC show’s new trailer, released on YouTube Sunday. 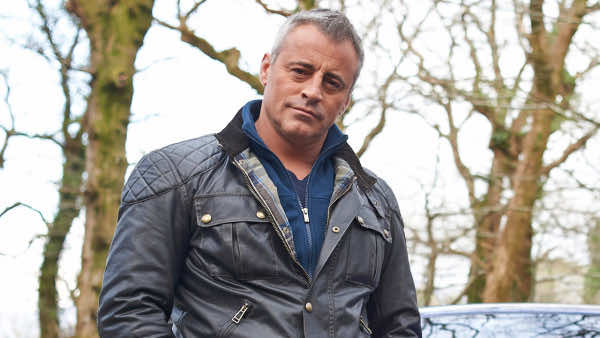 Rabat – Matt LeBlanc, the Friends alum and newly-named co-host of Top Gear, rode an Ariel Nomad in the desert of Morocco for the BBC show’s new trailer, released on YouTube Sunday.

The first half of the 40-second clip depicts LeBlanc comically struggling to get inside the doorless vehicle, after which he drives the high performance vehicle full-speed in arid lands screaming “This is too fun!”

The show’s producers named LeBlanc and Chris Evans the new co-hosts of the show earlier this year, according to a report by Entertainment Tonight.

The two were called in to take over after Jeremy Clarkson, one of the previous hosts, engaged in a physical and verbal altercation with one of the show’s producers in 2015, which caused Clarkson’s contract to be declined for renewal. His fellow hosts, Richard Hammond and James May, left the show soon afterwards.

“As a car nut and a massive fan of Top Gear, I’m honored and excited to be a part of this iconic show’s new chapter,” LeBlanc said in a statement.

The video’s caption did not include the locality of the trailer’s shooting.

A British tabloid recently reported that the two new co-hosts had been “at war” with each other, but Evans and LeBlanc took to Twitter to dismiss the rumors.

“Just been on the phone to Matt LeBlanc to confirm we are ‘at war’ as reported in The Sun today,” Evans tweeted. “He said, ‘sure, whatever..’ Why I oughta!'”