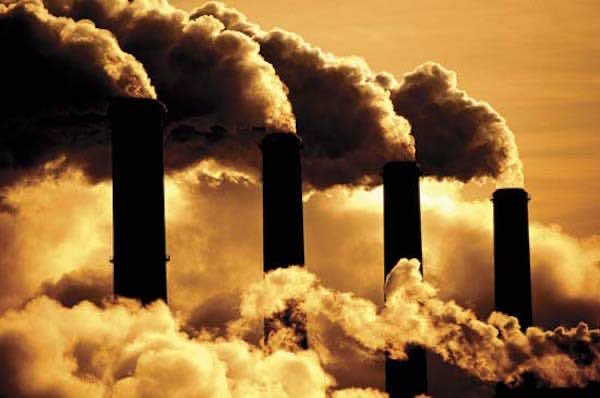 Rabat – Everything is interconnected in this world: Breaking free from fossil fuels would also reverse climate change and ease air pollution, yielding a healthy planet with healthy people.

The time has come to pay more attention to substantive issues like health, poverty, water scarcity, and climate change.

Living in a world where a Hollywood actor’s love life gets more attention than a drought in southern Africa is both dangerous and alarming. This article is intended to inspire citizens all over the world to talk about important problems, which most countries face on a daily basis, and to educate people about the impacts fossil fuels have on the environment and our health.

Why are fossil fuels so harmful to our health?

The entire world is talking about fossil fuels and their impact on the planet. The situation has been becoming more and more dangerous and climate changes have been more noticeable within recent years. Many companies are attempting to educate and convince the public, across the four corners of the globe, to bring an end to pollution by means of explaining its negative effects on health.

Many of the world’s environmental problems are a result of fossil fuel dependence; the phenomenon where reductions in oil and coal use is tied to a perception of significant economic consequences.

Fossil fuels are forms of energy derived from decayed remains of plants and animals which were alive millions of years ago during the carboniferous era. Fossil fuels have become the primary energy source used around the world today but their over-consumption by the majority of countries is leading to serious environmental issues such as air pollution and health problems. Negative effects from fossil fuels include: increases in the average global temperature, water and land pollution, thermal pollution, acid rain, impacts to aquatic life, and destruction of natural areas. Furthermore they come with many disadvantages such as high prices, non-renewability and the necessity of maintaining huge reserves.

Common knowledge suggests that if a person is to profit from good health, they will first need clean air to breathe. The most compelling reason for people to break free from fossil fuels is the multitude of extremely harmful gases where are released into the atmosphere when they are burned. Carbon dioxide, carbon monoxide, sulfur oxides, nitrogen oxides, and hydrocarbons are becoming more numerous in proportion to oxygen. And what’s more menacing is that they are used throughout the world to power everything from cars to lights in the home.

The noxious mix of gases creates a nasty overcast commonly referred to as smog. Many medical professionals ceaselessly mention the harmful effects of burning fossil fuels. Although effects are difficult to trace on the individual level, they do exist, nevertheless, and have very negative consequences to our health. And one shouldn’t neglect the damages they cause to the planet.

Impacts of fossil fuels on the health

Despite the fact that fossil fuels are among the most widely used forms of energy in the world, all of the gasses found in them can cause certain health problems; especially when they are handled incorrectly.

To begin with, Arsenic, found in coal, can cause several health problems, including liver poisoning, cancer, and keratosis of the hands and feet. Mercury, also present in coal, can cause kidney, brain, nerve, and fetal damage if exposure to toxic levels has occurred. Oil vapors are frequently a source of health issues in cases of over-exposure. They can cause rashes or other skin irritations, headaches, vomiting, eye irritation, and difficulty breathing. When affecting patients with lung diseases or asthma these vapors can be deadly. Last on this list, Methane, considered a natural gas, when used inappropriately, can cause serious health problems. It has no taste, color, or odor; making its presence impossible to detect without special equipment. Symptoms of exposure include headache, dizziness, nausea, and difficulty breathing. It also has the potential to deplete oxygen available within a room.

Impacts of fossil fuels on the environment

Many environmental problems the world faces today are a result of fossil fuel use. A few of these impacts are global warming, air quality deterioration, oil spills, and acid rain.

Air pollution that has become very visible these days. Many people aren’t able to breath clean air which is the most basic and essential right. It is very important to know that most pollutants are produced by fossil fuel combustion; carbon monoxide, nitrogen oxides, sulfur oxides, and hydrocarbons. To be brief, it can be said that such particulates are contributing factors to acid rain formation and are a cause of many diseases.

When the level of carbon dioxide is increased in the atmosphere, our planet becomes warmer. This effect can be seen in the example of February 2016, which was the most abnormally hot month in history. It is clear now that temperatures are increasing due to gases emitted when fossil fuels are burned; especially carbon dioxide, a gas that traps heat in the earth’s atmosphere. Water pollution is as disturbing as the other topics, because the production, transportation, and use of oil in the fossil fuel industry causes a lot of damage to otherwise clean water.

There is still hope concerning the contributions of Morocco, because this summer the kingdom took a large step toward replacing fossil fuels with clean energy by switching on the world’s largest solar energy plant. Morocco is considered a model in that domain. It has invested a great amount to reduce its dependency on fossil fuels; which, as an action, is very remarkable. When Morocco officially turned on the massive solar power plant Noor, in the Sahara Desert, it kicked off the first phase of a project slated to provide renewable energy to more than a million Moroccans.

After all this analysis, the solution jumps out directly. The necessary action is to convert solar, wind, and water into energy because fossil fuels have been shown to be overwhelmingly detrimental to the health of both humans and the planet.