Rabat - The consumer price index (CPI) for March shows an increase of over 12 percent for Moroccan vegetable prices, amid concerns that vegetables prices will continue to rise as Ramadan approaches, a time when further increases are usually expected. 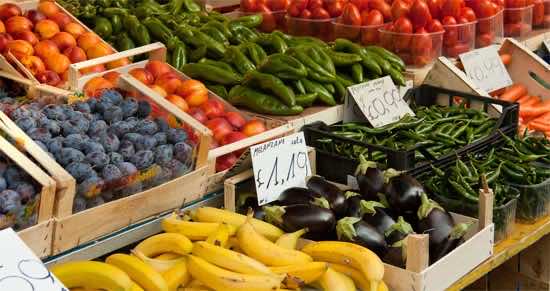 By
Larbi Arbaoui
-
Larbi is a freelance writer and assistant editor at Morocco World News.
Apr 25, 2016
Spread the love

Rabat – The consumer price index (CPI) for March shows an increase of over 12 percent for Moroccan vegetable prices, amid concerns that vegetables prices will continue to rise as Ramadan approaches, a time when further increases are usually expected.

Like several other food products, fruits and vegetables have significantly increased over the last two months.

According to the recent note on the consumer price index data report released by the High Commission for Planning, the CPI rose up to 1 percent during the month of March 2016, compared to the previous month.

The CPI went up as a result of the 2 percent increase in the index for food products and 0.1 percent of non-food products.

The same source said that the concern over increases in food staples between February and March 2016, focused predominately on vegetables, which rose 12.2 percent. Fish and seafood increased by 3.0 percent, fruits 2.1 percent, milk, cheese and eggs 1.4 percent, and meat by 0.2 percent. However, prices of oils and fats fell by 0.4 percent during that same period.

For non-food products, the increase mainly concerned the price of fuel, which went up by 2.0 percent despite the decline of oil prices. Actually, a barrel of U.S. benchmark West Texas Intermediate crude oil most recently traded at $50.14, after briefly dipping below $50 per barrel.

Compared to the same month of the previous year, the consumer price index recorded an increase of 1.8 percent.

The most noticeable hike in vegetable prices was in onions.

The government justified the high price of onions due to hindered domestic agricultural output this year caused by delayed and almost absent rainfall.

To combat the rising price of onions, the government has started importing a “large” amount of onions from outside the country, the first time it has done so in the history of Morocco.