Taroudante - Spain is aiming to teach Islam Studies at public schools nationwide starting from the next school year in a bid to counter extremism. 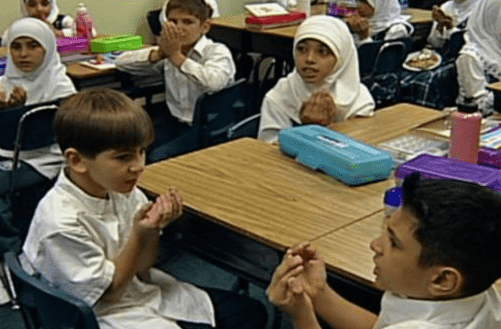 By
Larbi Arbaoui
-
Larbi is a freelance writer and assistant editor at Morocco World News.
Apr 25, 2016

Taroudante – Spain is aiming to teach Islam Studies at public schools nationwide starting from the next school year in a bid to counter extremism.

The aim of the Spanish government is to let the students be exposed to a “moderate” interpretation of the religion.

According to the Gatestone Institute, the decision is also aimed at stirring religious fervor and “promoting Islamic identity among young Muslims in Spain.”

Drafted by the Islamic Commission of Spain and approved by the Ministry of Education, the guidelines for teaching Islam in public schools are in accordance with Article 27.3 of the 1978 Spanish Constitution.

According to the constitution, “The State guarantees parents the right for their children to obtain a religious and moral education which conforms to their own convictions.”

The same source said that the guidelines for teaching Islam to students in preschools, primary schools, and secondary schools were approved by the Ministry of Education and published on March 18 in the Boletin Oficial del Estado or the official gazette of the state.

“Preschoolers (ages 3- 6) are to learn the Islamic profession of faith, Islamic statement of faith “Shahada,” which asserts that “there is no God but Allah and Mohammed is his messenger.”

The same source added that the students are also encouraged to “emulate, through different forms of expression, the values observed by Mohammed.”

In primary school (ages 6-12), the guidelines call for children to “recognize Mohammed as the final prophet sent by Allah and accept him as the most important.”

As students advance in their religious studies, they will be introduced to a set of human values including coexistence, diversity, equality, human rights, inclusion, integration, intercultural education, interreligious dialogue, moderation, pluralism, religious liberty, respect, and tolerance.

The real objective of the classes is to prevent kids from being drawn to terrorism.