Rabat - German media reports on Monday indicated that asylum-seekers from North Africa headed for the western European country drastically declined in the first quarter of 2016. 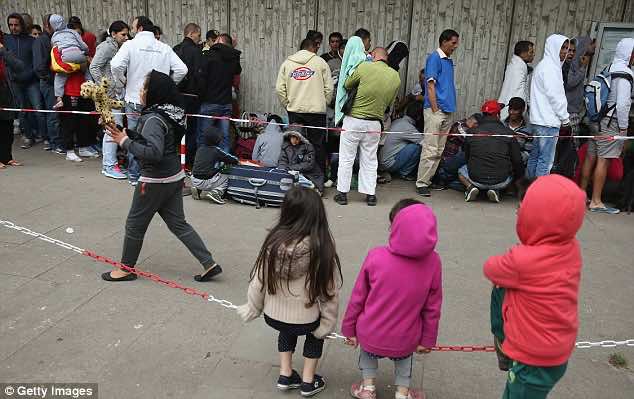 Rabat – German media reports on Monday indicated that asylum-seekers from North Africa headed for the western European country drastically declined in the first quarter of 2016.

A total of 3,356 North Africans arrived in January, but by March the figure saw a sevenfold decrease to 480 migrants, a quarterly report by the German Office of Migration and Refugees (BAMF) showed.

BAMF sent the report to German lawmakers who recently declared Morocco, Tunisia and Algeria to be “safe countries of origin,” substantially reducing the likelihood of the three countries’ citizens to have their asylum application approved.

“The discussion alone in January about introducing the law led to a tangible reduction in new arrivals,” the BAMF report – intended for intragovernmental distribution – reads, adding that the public debate in Germany had “sent a message”.

The German foreign ministry has also been carrying out a diplomatic strategy to convince the governments of all three Maghreb countries to repatriate the rejected asylum seekers. The Moroccan minister of the interior agreed to did so at the end of February.

The report said just over 26,000 North African asylum-seekers applied to stay in Germany last year, but only 2.1 percent of them had their applications accepted by authorities. By the first quarter of 2016, that rate fell to 0.7 percent.

“Two-thirds of cases [involving North Africans] are obviously unfounded,” according to the report’s analysis.

North African migrants have been a subject of concern in Germany since members of a crowd of “mostly North African men” allegedly committed hundreds of sexual assaults and petty thefts against women during the New Year’s celebrations in Cologne.