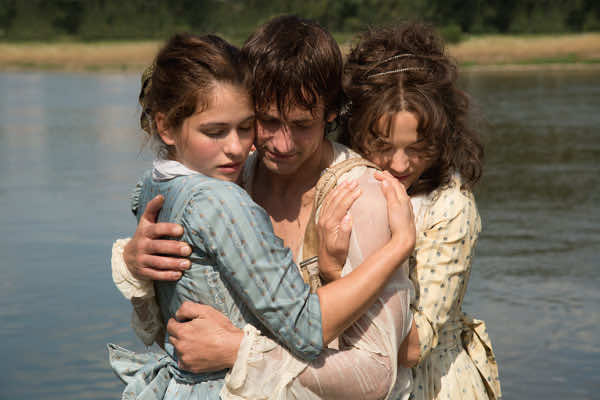 Rabat – The Goethe institute of Rabat is organizing a film projection on the 27th of April at 6:30pm. The film will be screened in German with French subtitles. In addition, entrance is free.

Charlotte von Lengfeld is a penniless daughter of a noble family in Thuringe. She returns to her hometown, Rudolstadt, after a stay in Weimar. Her sister Caroline von Beulitz is a divorcee.

After her unhappy marriage, she is more than happy to see her sister return. Once the sisters are reunited, they promise to share everything with each other and to never let anything come between them.

When Friedrich Schiller, banned from Wurtemberg, arrives to Rudolstadt, they decide to honor their promise. The three of them get involved in a relationship.

This idea quickly becomes complicated and problematic. Graf’s film is a moderated mix between history and fiction. The result is an incredible and entertaining movie.