Taroudante - A top Los Angeles County Sheriff's Department official is under fire after his forwarded emails with racist jokes and anti-Muslim statements while at his previous job with the Burbank police went public. 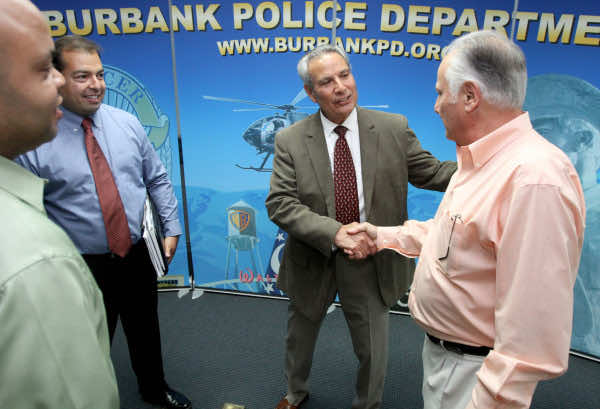 By
Larbi Arbaoui
-
Larbi is a freelance writer and assistant editor at Morocco World News.
Apr 28, 2016
Spread the love

Taroudante – A top Los Angeles County Sheriff’s Department official is under fire after his forwarded emails with racist jokes and anti-Muslim statements while at his previous job with the Burbank police went public.

According to city records reported by the Los Angeles Times, Tom Angel, who serves as chief of staff to Sheriff Jim McDonnell, forwarded the messages when he worked in Burbank in 2012 and 2013.

The same source said that Angel was the No. 2 police official in Burbank. He was “hired to reform a department reeling from allegations of police brutality as well as racism and sexual harassment within its ranks.”

However, the official hired to combat racism among police staff was himself emailing jokes and derogatory statements about Muslims, women, Latinos and other minorities.

One of the emails obtained under the state’s public records law read, “I took my Biology exam last Friday. I was asked to name two things commonly found in cells. Apparently, ‘Blacks’ and ‘Mexicans’ were NOT the correct answers.”

An email with the subject line “How dumb is dumb?” listed 20 reasons “Muslim Terrorists are so quick to commit suicide,” including “Towels for hats,” “Constant wailing from some idiot in a tower” and “You can’t wash off the smell of donkey.”

In an interview with the LA Times, Angel said that he didn’t mean to offend anyone.

“Anybody in the workplace unfortunately forwards emails from time to time that they probably shouldn’t have forwarded,” he said. “I apologize if I offended anybody.”

Reacting to the scandal, Salam al-Marayati, president of the Muslim Public Affairs Council said that such biased statements from a public official damage the trust between the Muslim community and law enforcement.

“For somebody that is doing that – using public money as a chief executive in a police department on a government Listserv – I think it’s preposterous, it’s despicable,” al-Marayati said.