Rabat - Moroccan Head of Government Abdelilah Benkirane refuted claims that the United States rigged general elections in 2011, according to a report by Medias24 on Friday. 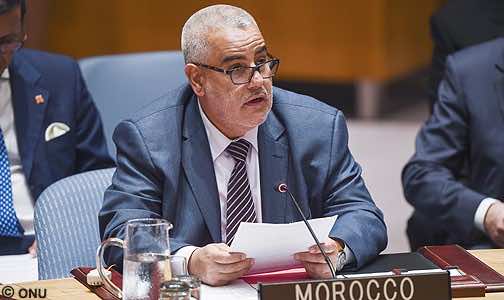 Rabat – Moroccan Head of Government Abdelilah Benkirane refuted claims that the United States rigged general elections in 2011, according to a report by Medias24 on Friday.

Earlier this week, Idriss Lachgar of the Socialist Union of Populist Forces said, at an event in Sale organized by an association from Tetouan, a former American ambassador to Rabat participated in election fraud that favored the PJD in elections five years ago and in 2015.

The Moroccan source said the head of government “laughed” at Lachgar’s remarks, in which the USFP First-secretary wondered publicly how his rival party won 107 seats in the parliament in the 2011 elections when it expected win only 70.

“If a party has a problem, it needs to solve its issues, not make excuses for the problem by saying that the U.S. rigged the elections,” Benkirane, a PJD leader, said. “[The PJD] is working with the help of God and does not need any kind of help.”

Lashkar alleged that the PJD maintains a database of 300,000 voters that the party used to its advantage during the 2015 elections. He urged the interior ministry to review the situation for irregularities and possible electoral law violations.

When asked about the king’s invitation to the political parties to not question the results, Lashkar said “The King does not know everything…and we have to explain the truth.”

The USPF also accused the U.S. to be against Morocco and the Gulf states, incentivizing the American country to meddle in domestic elections.