New York - As is typical of the speeches he has delivered in recent years, King Mohammed VI delivered a strongly-worded address at the first Morocco- GCC-Summit held on Wednesday in Riyadh, Saudi Arabia’s capital. Most Moroccan and foreign observers were taken aback, however, by the scathing tone of the Moroccan King’s speech. 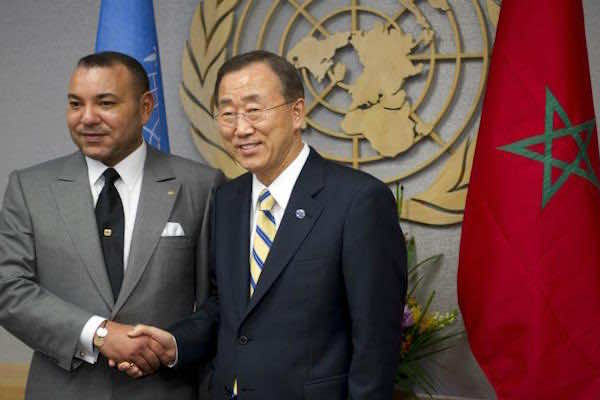 New York – As is typical of the speeches he has delivered in recent years, King Mohammed VI delivered a strongly-worded address at the first Morocco- GCC-Summit held on Wednesday in Riyadh, Saudi Arabia’s capital. Most Moroccan and foreign observers were taken aback, however, by the scathing tone of the Moroccan King’s speech.

The monarch’s message took on greater significance in light of its timing and its location. The speech comes at a critical time for Morocco as it defends its sovereignty over the Western Sahara. While Rabat has long shown its willingness to negotiate a face-saving solution that would achieve the aspirations of all parties involved in the conflict in line with the parameters set out in Security Council Resolution 1754, the United Nations has shown no willingness to depart from its rigid inflexibility. Instead, it has stuck to the same modus operandi that has crippled its actions with respect to the many other conflicts on its agenda.

This was evident in the statements that Ban Ki-moon made in March in which he described Morocco’s presence in the Western Sahara as an “occupation.” Not only did the UN chief depart from the impartiality and neutrality inherent to his function as Secretary General, but he also overlooked all the historical and legal facts that support Morocco’s sovereignty over the disputed territory. The UN chief’s statement demonstrated his lack of personal knowledge regarding one of the major conflicts he is entrusted with resolving. His lack of knowledge is also apparent in his description in the report of the facts on the ground in the Western Sahara and the Tindouf camps.

While the “observations and recommendations” section of his report may seem fairly balanced, in contrast the many paragraphs describing the status of human rights in the region demonstrate Ban Ki-moon’s clear bias toward the Polisario. Although many international NGOs, including the US Committee on Refugees, have denounced the status of human rights in the camps, the UN chief suggests in his report that the Saharawis who live in the camps, in fac,t enjoy more respect for their human rights than their counterparts in the Western Sahara.

The facts are otherwise.  Former Polisario leaders have been banned from the camps for merely expressing views opposite to those of the separatist group’s leaders. Mustapha Salma Oueld Sidi Mouloud, for example, was first imprisoned, and then expelled from the camps in late 2010 after merely suggesting that the Moroccan autonomy plan could offer a basis for a solution to the conflict.

Surely Ban Ki-moon has not read the Polisario’s so-called constitution. A quick read of that document debunks the claim that the Polisario represents all Saharawis and that the latter enjoy their full human rights. Article 31 of the Polisario’s “constitution” prohibits the establishment of associations and parties before secession — thus codifying the denial of what elsewhere are considered basic human rights.

Additionally, while Saharawis can freely move inside the camps, they are prohibited from going to other parts of the Algerian territory. When a Saharawi has a need to go elsewhere, he must obtain a paper called an “ordre de mission“ from the Algerian military. This authorization is valid only for one month and, when it is given, it applies only to the specific city where the Saharawi intends to go, not to the entire Algerian territory.

Contrary to common belief, moving from the Tindouf camps to Morocco is strictly prohibited. Anybody who dares to do so faces an accusation of treason referred to as “escaping to the territory of the enemy.” This was the accusation leveled against Mustapha Oueld Sidi Mouloud when he dared to say that the Moroccan autonomy plan could help the parties end the conflict. The Saharawis who seek to go Morocco, have to do it in secrecy to avoid being subjected to punishment. That is what drives many of them to take the winding roads through Mauritania, or, for those who can afford it, to get to Morocco through Europe.

Ban Ki-moon’s report makes no mention of these facts nor of the embezzlement of humanitarian aid destined for the Tindouf camps . What can only be deliberate omission occurs despite the substantiated report published by the European Union’s anti-fraud committee in February 2015. That report documented the involvement of Polisario and Algerian officials in the systematic embezzlement of humanitarian aid provided by the European Union to the Saharawis in the Tindouf camps.

These blatant omissions explain why King Mohammed VI leveled harsh criticism at the UN chief, calling into question his knowledge of the multiple aspects of the conflicts he is charged with resolving, and stressing that his actions are guided by his personal envoys.

This is not the first time the Moroccan monarch has expressed his dissatisfaction at the way the United Nations has been handling the conflict. In the speech he delivered on the 39th anniversary of the Green March on November 6, 2014, King Mohammed VI warned the United Nations against any temptation to deviate from the core mandate of MINURSO, and stressed that any action in this direction would jeopardize the UN’s role in the conflict.

“No to any attempt to reconsider the principles and criteria of the negotiation process, or any attempt to revise and expand MINURSO’s mandate to include such matters as the supervision of the human rights situation,” he emphasized.

The international crisis that developed between Morocco and Ban Ki-moon in recent weeks clearly shows that Moroccan authorities no longer believe that the UN chief has the ability or the willingness to play the role of neutral and honest broker to help the parties achieve a political solution. The ongoing crisis should also open a debate within the United Nations as a whole on the role it should be playing on the world stage. Is the UN’s role limited to establishing peacekeeping missions in all conflict zones without a clear vision of the goals its pursues or without an exit strategy? Is the UN’s role limited merely to keeping the conflicts on its agenda under control without proposing realistic solutions to end them?

As was clearly stated by Anthony Barbury, who served as United Nations Assistance Secretary General for field support until his resignation in March, the UN- especially the permanent members of the Security Council- must rethink what they want out of the United Nations. In a very critical article published in the New York Times in March, the former UN official documented the structural corruption that has been affecting the world organization at all levels, especially in its department of peacekeeping operations. Banbury’s article highlights that in, most cases, the UN’s decisions are more driven by political considerations than by facts.

“The second serious problem is that too many decisions are driven by political expediency instead of the values of the United Nations or the facts on the ground. Peacekeeping forces often lumber for years without clear goals or exit plans, crowding out governments, diverting attention from deeper socioeconomic problems and costing billions of dollars,” Banbury said.

This is the major problem that has been affecting the UN mission in the Sahara. Despite the fact that it has become evident since 2004 that a solution based on a referendum leading to independence was unworkable due to the irreconcilable views of Morocco and the Polisario on voter eligibility, the UN focused on the same approach. This added to the facts that since the UN established MINURSO in 1991, it has never put in place an exit strategy or included any provision to enforce the outcome of a referendum in the event that the parties refused to abide by its results.

In light of the stalemate in which the conflict has been entangled for the past 10 years, the UN must be more realistic and mindful of the geopolitical implications of all conflicts it is mediating. However, taking into the account Ban Ki-moon’s bias and inability fully to play his role of a neutral mediator and his decision to maintain his trust in his personal envoy, Christopher Ross, who has lost credibility with one side of the dispute, it would be delusional to believe Ban Ki-moon will be able to help the parties achieve any progress towards a political solution. A team that has failed for seven years to bring anything new to the table or to be realistic in dealing with conflict has no chance of leaving any positive impact on the conflict.

The international community will have to wait for the election of a new Secretary General next year and hope that he/she will have enough charisma, courage, and vision to advance new innovative ideas to help end this territorial conflict in a way that will preserve stability in the region and the interests of all involved parties.