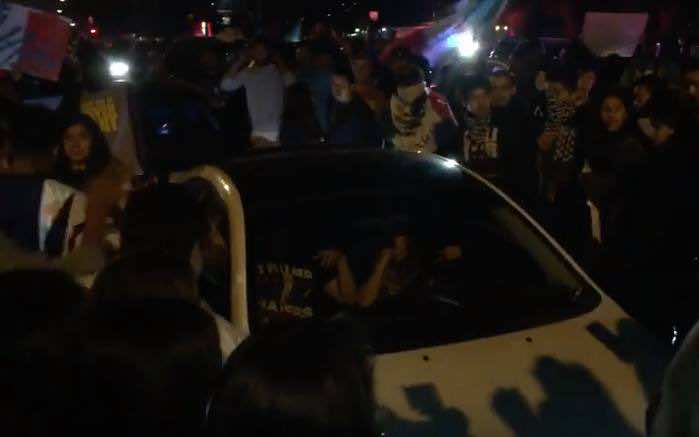 By
Larbi Arbaoui
-
Larbi is a freelance writer and assistant editor at Morocco World News.
Apr 29, 2016
Spread the love

After Trump gave his speech inside the Pacific Amphitheater, the demonstration became rowdy and spilled into the streets, blocking a main intersection and impeding traffic.

Orange County Sheriff’s Department PIO Lt. Mark Stichter said in a tweet that about 20 people were arrested. According to Stichter, there were no major injuries and the large crowds dispersed by 11 p.m.

However, CNN reported that a Trump supporter had his face bloodied in a scuffle as he tried to drive out of the area.

A @realDonaldTrump supporter just got punched in the face as a scuffle broke out in the street: pic.twitter.com/3h3Fllm3V3