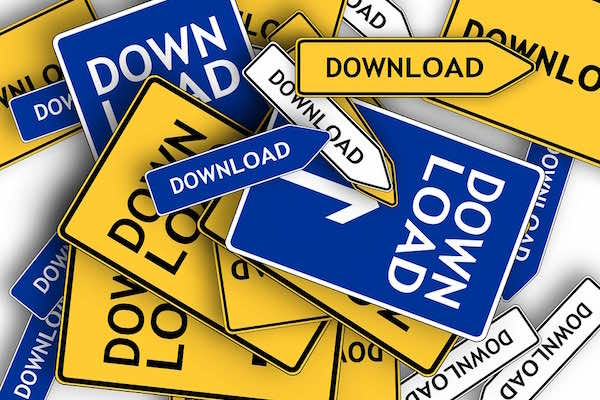 Rabat – At this time of year, running into students tackling piles of papers on their desks is familiar. The count down has begun, and exams are just around the corner.

Also very common on Moroccan campuses is the proliferation of photocopied materials of which few question the source. As alarming as the practice might seem to be, it is not merely limited to physical copies. In fact, a growing number of Moroccan students – similar to their global counterparts – are opting for online sources to obtain papers.

Considering students’ overall financial situation, this practice, many would argue, is justifiable. Even though government grants just about doubled in the last few years, students in many cases still struggle for life’s necessities while trying to maintain high academic performance. In such challenging circumstances, paying for many textbooks at a time can constitute a burden. The photocopied versions are common currency due to their relatively low cost and accessibility. These can either circulate among students or can be purchased at the closest bookstore to campuses and even from one’s residence hall. Additionally, papers can be exchanged or even inherited, reducing the cost of the materials and spreading the benefits among students. Meager finances accentuated by insufficient government funding drive large numbers of Moroccan students toward other alternatives, including photocopies of physical or online content.

Perhaps most visibly involved in this trend are scientific students and researchers who download relevent scientific papers with just a few clicks. An overwhelming number of online scientific journals, renowned universities, and other educational websites exist for the purpose of purchasing content. However, few of them provide free access to scientific knowledge to those with limited financial resources. Some journals impose high subscription fees in return for visualizing or downloading their content. This pushes many students into resorting to illicit websites like Sci-Hub, a controversial and widely used platform for acquiring free scientific papers. Founded in 2011 by a then 22-year-old graduate student in Kazakhstan, the website hosts 50 million papers covering an enormous range of scientific disciplines. Although supported by pro-universal access advocates, it is still virulently contested by publishers, some of whom sued the founder of Sci-Hub.

It turns out that, contrary to the belief that only students and researchers originating from poor countries turn to Sci-Hub, a considerable number of Sci-Hub requests come from some of the weathiest countries with the best journal access, as suggested by a poignant analysis by sciencemag.org. The article, published on April 28, 2016, analyzes data disclosed by Alexandra Elbakyan, the mastermind behind Sci-Hub, herself. The dataset was the outcome of several weeks of work during which John Bohannon, the author, interviewed Elbakyan via an encrypted chat system. It also includes an interactive map highlighting locations where the use of Sci-Hub is most notable.

On the map, the areas in which the website experiences the most traffic can be easily visualized in addition to the exact number of download requests. Countries like Iran, China, and Russia appear to have the most intense activity. Furthermore, notable use occurs in some of Europe’s rich nations despite their possessing robust libraries and journal accessiblity. Then come the Americas with relatively less activity with highest concentrations seen in the United States, Peru, Chile, and Brazil. Morocco, Egypt, Tunisia, and Algeria dominate among African nations. As the aforementioned analysis by Bohannon demonstrates, researchers and students from around the globe, regardless of their countries’ wealth and level of development, rely on Sci-Hub – among other websites – to obtain free research papers.

While it is logical that students and reseachers from low income countries resort to seeking pirated scientific data on the web, it is somewhat inexplicable why western, rich countries, presenting themselves as models of ethics and democracy, also find their students and researchers downloading and using content without permission. The scene of students carrying stacks of photocopied materials or scouring the web for unlawful copies of necessary documents is not unique to Morocco. Whether or not you believe students and researchers have a right to this content without purchasing it, it is unlikely that the practice will soon disappear from campuses and research centers around the world.