Rabat - King Mohammed VI will soon visit Egypt to meet with President Abdelfattah El-Sissi during the next leg of his regional diplomacy tour, which included stops in Saudi Arabia, Qatar and Bahrain so far. 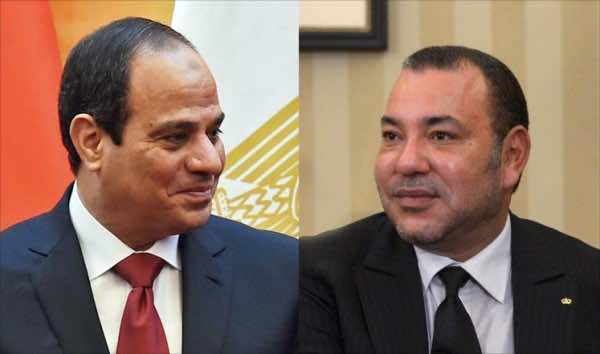 Rabat – King Mohammed VI will soon visit Egypt to meet with President Abdelfattah El-Sissi during the next leg of his regional diplomacy tour, which included stops in Saudi Arabia, Qatar and Bahrain so far.

Hespress quoted “trustworthy” sources who said that official preparations for the king’s visit are currently underway.

El-Sissi told an interviewer earlier this year that he anticipated visiting Morocco soon, but did not reveal a specific date.

In January of last year, the king received Sameh Shoukri, the foreign minister of Egypt, in the Royal Palace in Fez. The minister, on behalf of El-Sissi, invited the Moroccan monarch to Cairo after two weeks of tension between the North African countries.

One New Year’s Eve 2015, government TV channels in Morocco aired two reports: first, that El-Sissi is the “leader of the revolution” and second, that Mohammed Morsi is the actual president-elect. Morsi was in prison at that time after El-Sissi lead a coup against his regime.

The channels ran the stories after many observers said El-Sissi’s regime had developed a close relationship with the separatist Polisario Front and others reported that the Egyptian deputy minister of culture visited the Front’s leader Mohamed Abdelaziz and other officials at the refugee camps in Tindouf housing displaced Sahrawis.

Over the past few days, Egypt has worked in Morocco’s favor in the Security Council during discussions to redefine MINURSO’s future after the kingdom evicted the operation from its offices last month.