Rabat - A University and a profession pay tribute to one of their major figures: Emotional moments of public acknowledgment and expressions of gratitude to Professor Mohamed Ouakrime. 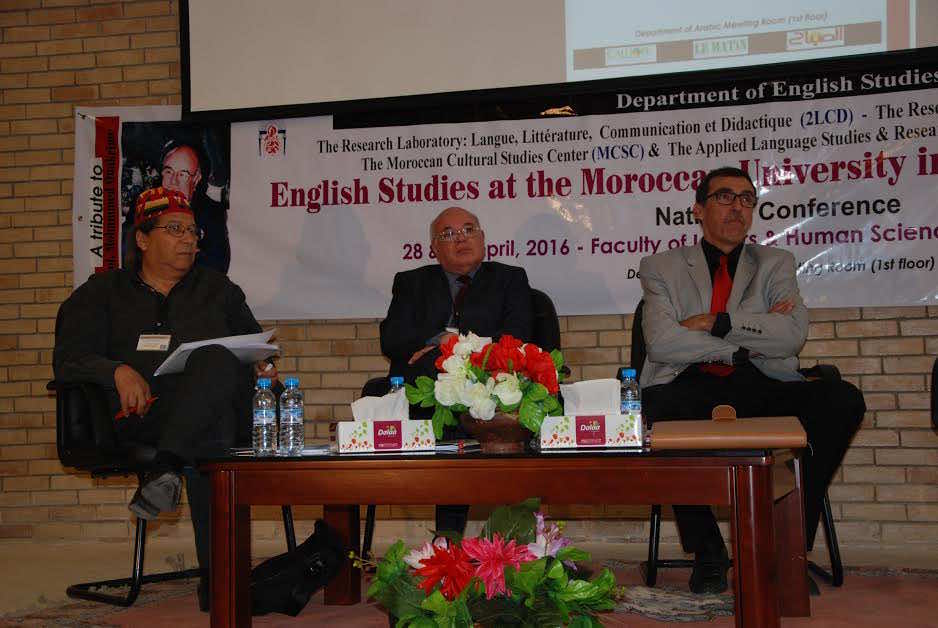 By
Abdellatif Zaki
-
Abdellatif Zaki is a professor of Languages and Communication at Institut Agronomique et Vétérinaire Hassan II, Rabat, Morocco.
May 1, 2016
Spread the love

Rabat – A University and a profession pay tribute to one of their major figures: Emotional moments of public acknowledgment and expressions of gratitude to Professor Mohamed Ouakrime.

It was both a pleasure, an honor and a true privilege for me to have been invited to deliver the keynote speech at the National Conference that was held at the Sidi Mohamed Ben Abdellah (SMBA) Faculty of Letters and Human Sciences, Dhar Mehrez, Fes to pay tribute to Professor Mohamed Ouakrime. I am as very much humbled as I am grateful to the distinguished colleagues of the the SMBA University to have offered me this prestigious task.

Professor Mohamed Ouakrime who retired three yeas ago is considered to be the founder of the English Studies Department of the SMBA University which he had joined after a brilliant career as one the first teacher supervisors of the country. 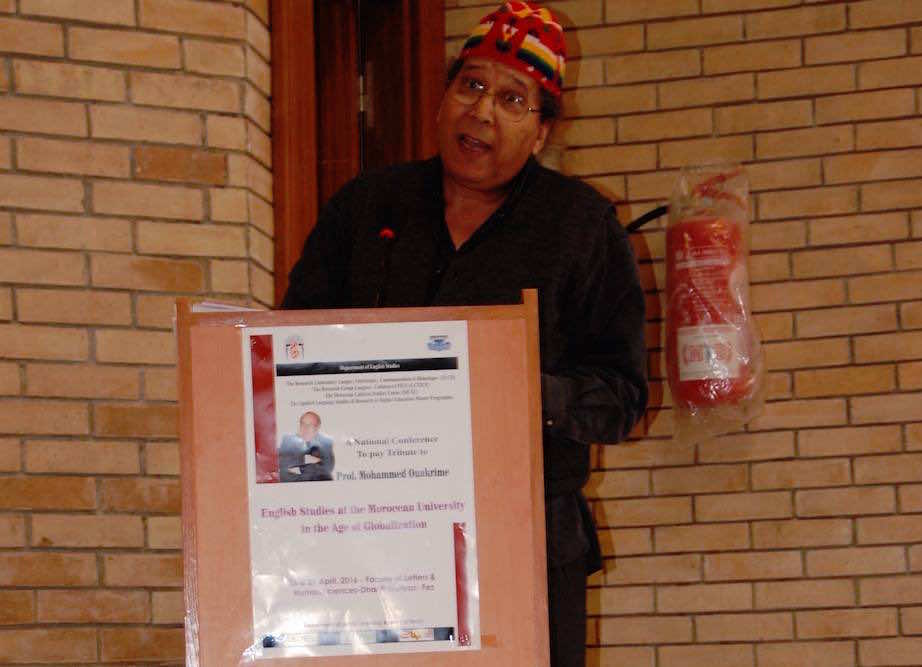 According to the many testimonials paying tribute to Dr. Ouakrime, not only has he shaped the Department of English studies in a perfect balance of a wide range of academic areas covering theoretical linguistics, applied linguistics, various literary disciplines, cultural studies and several Masters and Doctoral programs, but he has also shaped the culture of the Department and the character of its professors most of whom have either taken his classes or conducted advanced research under his supervision.

The two-day national conference was punctuated by testimonials of the speakers who came from a score of universities and all of whom have known Professor Ouakrime and hold him in high esteem as a teacher, a supervisor, a model and a mentor.

For all, he had been supportive in dire moments of academic as well as personal difficulty and hesitation. Every single speaker had a story to tell to the effect that had it not been of the presence, generosity and maintained support of Professor Mohamed Ouakrime, they would not have made it.

In fact, he has supervised and been a juror for more theses and dissertations than most of his peers. Professor Ouakrime has also been a leading figure of Language Education in Morocco and especially of Moroccan Association of Teachers of English (MATE) of which he has chaired the National Board, the Fes Regional Chapter and several programs.

His leadership qualities and his many academic, professional and administrative contributions to this Association has been central to the high standards and credibility it has acquired nationwide and internationally throughout the four decades he has been involved in its activities.

The chancellor of the University, his deputies as well as the deans of the Faculty of Letters and Human Sciences all expressed their gratefulness and thanks to Professor Ouakrime on behalf of all his colleagues, the Faculty’s administration and students. The chancellor promised he is working on a program that would allow Professor Ouakrime and deserving retired faculty to be granted a special emeritus status that would allow the university to keep benefiting from their knowledge, expertise and wisdom.

The proceedings of the conference will be published in the coming few months.