Taroudante - The last pediatricians in the embattled city of Aleppo was killed in airstrikes in rebel-held areas of the Syrian city, leaving the children of the city dying without any help from health experts. 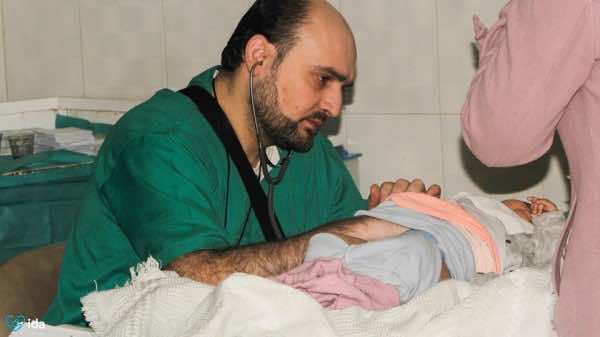 By
Larbi Arbaoui
-
Larbi is a freelance writer and assistant editor at Morocco World News.
May 1, 2016
Spread the love

Taroudante – The last pediatricians in the embattled city of Aleppo was killed in airstrikes in rebel-held areas of the Syrian city, leaving the children of the city dying without any help from health experts.

Muhammad Waseem Maaz was killed in a wave of bombings that destroyed Al Quds Hospital and left dozens of civilians dead, drawing special attention to the quickly deteriorating situation in the city after.

The air raids in the city late Wednesday left at least 50 dead, including patients and staff at Al Quds hospital, which was supported by international aid groups.

The Wednesday night’s attack reduced the building into rubble, with footage showing children’s bodies being pulled from the rubble shocked the international public opinion.

However, a post on Facebook by Dr. Hatem, the director of the Children’s Hospital in Aleppo, on April 28 went viral, drawing people’s attention to the massacre that is taking place in Aleppo.

“Like so many others, Dr. Maaz was killed for saving lives,” Dr. Hatem said, paying tribute to his “humanity and his bravery”.

The emotional post, a tribute to the death of the pediatrician, has been shared more than 87,528 times.

Most of the comments on the post condemned the war in Syria, calling on all international leaders to act immediately to stop the bloodshed and save the Syrian people.

“Disgusted with the regime and the major world powers for doing nothing to stop this war! Ashamed to be British….so sad this committed brave doctor had to die,” reads a comment.

Another comment raised the question “When will the world stand up to stop this insanity?”

The doctor concluded his Facebook post with a touching sentence that invites everyone to imagine how hard life is in Syria, particularly in Aleppo.

“The situation today is critical — Aleppo may soon come under siege. We need the world to be watching,” Dr. Hatem said.

The war in Syria has taken the lives of hundreds of thousands since the outbreak of the civil war and the international powers’ involvement in 2011.