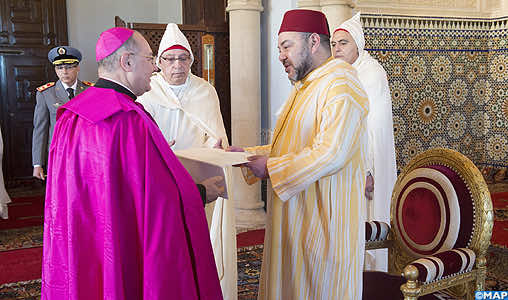 In a statement to MAP following a meeting, Monday in Buenos Aires, with President of the National Council for Human Rights (CNDH), Driss El Yazami, the Argentinian official noted that the meeting “was an opportunity to highlight the role of HM the King in promoting the values of peace and dialogue.”

“HM the King maintains a tradition observed by His predecessors towards the Middle East, which is suffering from a peace crisis”, said Bergman, who is also a rabbi and writer, adding that “Jews and Muslims share a long history of coexistence.”

Bergman also stressed the importance of following Morocco’s steps to foster coexistence in the future. This initiative, he said, can be followed by many countries in the world”.

Morocco, which follows a tolerant Islam and the values of peace, understanding and dialogue, is an example for us in this field, he noted, adding that Argentina is also a “good model” of coexistence between Muslims, Jews and Christians.