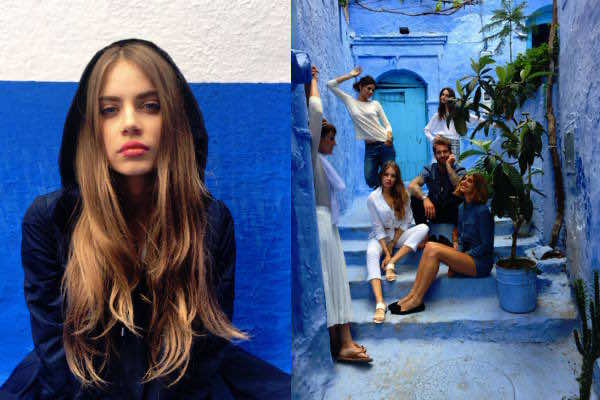 By
Larbi Arbaoui
-
Larbi is a freelance writer and assistant editor at Morocco World News.
May 5, 2016
Spread the love

Along with a group of her friends, the model posed on the blue and white painted streets of Chefchaouen, a beautiful city painted in blue, nestled in the Moroccan Rif Mountain range to the east of Tangier, in northern Morocco.

The Model was captured by the charm of the enchanting city, locally known as Chaoun or Morocco’s Blue City.

Xenia posted a picture with two of her female friends with a caption that reads “Chauen’s Angels.”

The model posted a video filmed on the roof of a small building in the city showing a herd of sheep grazing on the green meadow, with a statement that reads “Cause we’re the coolest.”

Cause we re the coolest (stolen from @candelanovembre’s camera)

Other photos show the group exploring the blue city that they describe as a “magical” place.

With its never-ending charm, the city is not only a tourist attraction, but also a preferred location for the glamorous world of fashion.

In 2014, the Moroccan city of Chefchaouen ranked 9th on Buzzfeed’s list of Most Beautiful Travel Destinations, making it the only city from North Africa and the Arab world on the list. In 2015, the city featured Among Telegraph’s ranking of the World’s Best City Skylines.