Rabat - A Saharan affiliate of the so-called “Islamic State” (ISIS) has threatened to attack United Nations offices and foreign tourists in the Western Sahara, in southern Morocco, in a new audio recording, according to a recent report by Al Jazeera. 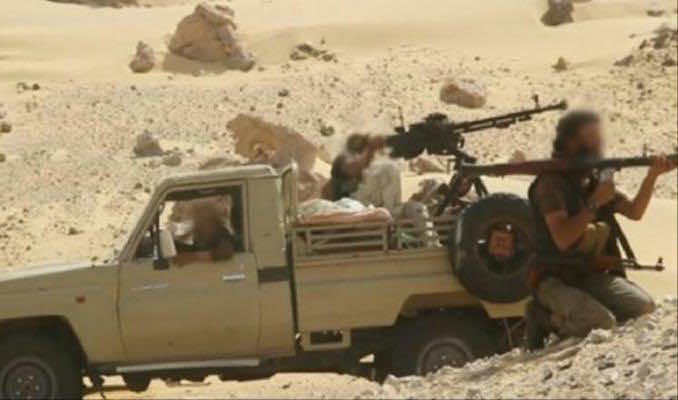 Rabat – A Saharan affiliate of the so-called “Islamic State” (ISIS) has threatened to attack United Nations offices and foreign tourists in the Western Sahara, in southern Morocco, in a new audio recording, according to a recent report by Al Jazeera.

The leader of the group, Abu Walid Al-Sahrawi, previously enlisted in the People’s Army of Sahrawi Liberation (SPLA), which represents the military branch of the self-proclaimed Polisario’s Sahrawi Arab Democratic Republic (SADR).

Al-Sahrawi directly threatened to attack the U.N.-affiliated peacekeeping mission MINURSO, which currently maintains a limited presence in the Western Sahara after the Moroccan government evicted dozens of international staffers from their home offices in Laayoune and Dakhla in March.

The move was a political response to Secretary-General Ban Ki-moon’s comments that the kingdom’s presence in the region constituted an “occupation.”

Other sites Al-Sahrawi threatened included the offices of Moroccan security forces, popular tourist destinations, and foreign companies’ assets in the region. The leader also called on Muslims living in the land of Morocco to “submit” to the Islamic Caliphate.

According to a leaked email sent to Hillary Clinton in January 2013, Belmokhtar reached a “highly secret” agreement with the Algerian government in April 2012 to attack Moroccan positions in the Western Sahara with the support of the Algerian intelligence agency, DGSE.

The threats made by Al-Sahrawi could mark the implementation of this agreement.

According to the Counter Extremism Project, Al-Sahrawi was born in Algeria and lived in the Front’s camps in Tindouf before joining the group’s army. He has worked as the senior spokesperson of the Sahara-based jihadist group Al-Mourabitoun for a number of years.

In May 2015, he declared his terrorist group’s allegiance to ISIS, speaking with authority as a self-proclaimed “emir.”

Mortar Belmokhtar, one of Al-Mourabitoun’s key leaders, subsequently denied the group’s allegiance to the jihadist group in Iraq and the Levant. He said the group maintained its allegiance to Al-Qaeda in the Islamic Maghreb rather than ISIS.

ISIS has yet to carry out a successful attack in the Western Sahara or in any region of Morocco, as the government has been vigilantly dismantling terrorist cells since March of last year.