Rabat - The council of the region of Tangier-Tetouan-Al Hoceima, said that local leaders entered talks regarding a $100 million investment in the northern Moroccan region from the Islamic Development Bank (IDB) and the Bill and Melinda Gates Foundation on Thursday. 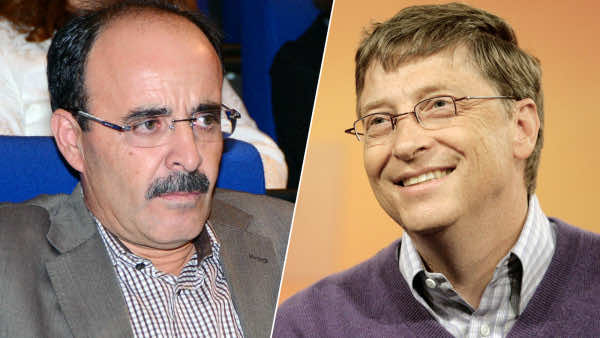 Rabat – The council of the region of Tangier-Tetouan-Al Hoceima, said that local leaders entered talks regarding a $100 million investment in the northern Moroccan region from the Islamic Development Bank (IDB) and the Bill and Melinda Gates Foundation on Thursday.

The statement, which was sent to Morocco World News, came after reports by multiple news agencies mistakenly said the project has been approved to be funded by both investing parties.

The council’s statement said it had been meeting with the Gates Foundation and representatives from the IDB for the past two months and had exchanges a number of official communications back and forth with the two groups.

A meeting on Monday in Tangier included Mohammed Al-Talib, the regional director of the IDB in Rabat and Sayyeda Zahira Al-Marzouqi, the manager of Middle Eastern relations for the Gates Foundation as well as Ilyas El Omari, the head of the region, and representatives from the national economics and finance ministry.

A communication acquired by Morocco World News from the ruling Authenticity and Modernity Party (PAM) in Tangier said the parties “began” technical talks regarding projects worth USD 100 million in the agricultural, health and infrastructural sectors. If approved during a scheduled meeting in September, the development projects would be funded by both, the Joint Treasury of the IDB and the Gates Foundation.

Previous articles regarding the deal said the projects would be complete by late September or early October, but PAM clarified that this is not the case.

The September meeting will include a visit from an association from the rural areas in the region that the projects aim to develop.

A previous statement by the Gates Foundation also said the projects had yet to be confirmed, but did not deny the possibility of an upcoming visit to Tangier for the Microsoft-founding billionaire.