Kenitra - Throughout history, Western Sahara has always been the strategic depth of Moroccan geography. It has been as much a part of Morocco as Rome has been part of Italy. The territory marks an interrupted continuity of sovereignty and a tradition of authority that is completely consistent with the special and unique political and legal structure of the Moroccan State, let alone the fact that five Moroccan royal dynasties have roots in the territory including the Alaouites; the current ruling family. 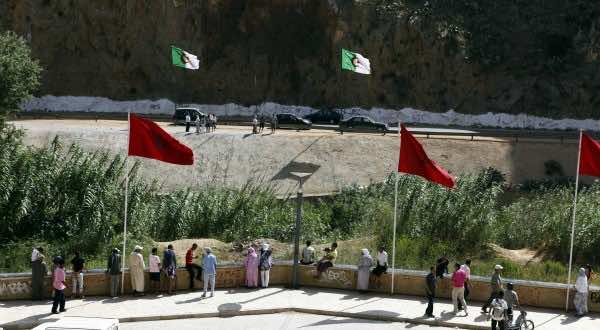 By
Abdallah Zbir
-
Abdallah Zbir holds a Teacher Diploma in Arabic Language and Literature from Teachers Training Center.
May 6, 2016
Spread the love

Kenitra – Throughout history, Western Sahara has always been the strategic depth of Moroccan geography. It has been as much a part of Morocco as Rome has been part of Italy. The territory marks an interrupted continuity of sovereignty and a tradition of authority that is completely consistent with the special and unique political and legal structure of the Moroccan State, let alone the fact that five Moroccan royal dynasties have roots in the territory including the Alaouites; the current ruling family.

In case there is any sort of doubt, here is history. History overflows with documents noting the historical ties between the nomadic tribes and Moroccan Sultans living and traversing the region, with some dating back more than a millennium. Internally, Moroccan sovereignty held true in the various forms of executive power the Sultan exercised in the region including, but not limited to, the control of domestic and foreign trade, taxation, the regulation of fishing activities and the administration of legislative and spiritual affairs.

Externally, the Moroccan territorial sovereignty over Western Sahara is shown throughout history at different levels. The Moroccan military staged resistance to European penetration of the region throughout the 18th and 19th century, and many bilateral treaties signed with various Western powers were present in the area, including the treaty of 1767 with Spain. The treaties of 1836, 1856, and 1861 with the United States are vivid examples among so many others of a true, solid and undisputed sovereignty.

If that’s not convincing enough, one only need look to the incident of the shipwreck on the coast of Wad Noun. After the shipwreck, Spain demanded that the Sultan engage directly to insure the safety of mariners. There is also the Franco-German exchange of letters of 1911, which clearly indicates the understanding of the two countries that “Morocco comprises all the part of northern Africa which is situated between Algeria, French West Africa and the Spanish colony of Rio de Oro”. After all, the fact that certain human rights activists, academics and United Nations officials disregard history and instead insist on disputing Moroccan historical rights is seen as a delusional manifesto.

How sad it is to know that Algeria is the godfather of this horrible scheme, knowing that they never hesitate to wring their malicious hands in joy. More than a year ago, Algeria’s President, Abdelaziz Boutaflika, sent a letter to the participants of an African seminar about Western Sahara held in Abuja, the capital city of Nigeria, under the so-called theme: Towards the liberation of Africa’s Last Colony demanding  “the need to expand the scope of UN mission in Western Sahara” – known as MINURSO. In the letter, he requested the formation of what he called “a mechanism of human rights monitoring of the massive and systematic violations of human rights.” In his speech read by the Algerian Minster of Justice, Boutaflika falsely accused Morocco of repression and discrimination. A situation he argued “the international community cannot be overlook.“

The justification Algeria always relies upon is its alleged commitment to the liberation struggle of peoples. However, the reality is something different. The speech read by the Algerian Minster of Justice, Tayeb Louhi, in June 2015, reveals a hostile and dirty face of politics. It also confirms a hypocritical attitude towards Morocco that Algeria has never hesitated to display. Alas, this whole thing is merely nonsense.

Fortunately, there are so many top-ranking academics and political activists out there who know well how to voice their anger and respond to such bizarre claims. Michael Rubin is one of them. Last week, ago, this former Pentagon official, lecturer and resident scholar at the prestigious American Enterprise Institute wrote in his article Losing Morocco: “Here’s a modest proposal for all those who claim to advocate on behalf of the Sahrawis: Demand that Algeria adopt the same regional autonomy model as all Algerian minorities, be they Sahrawis or Kabyles or anyone else who desires the same right to control their own fates. They might also demand freedom of movement. What Algeria does to freedom of movement of the Sahrawi is akin to what the Soviet Union did with Jews. Let the Sahrawis vote with their feet, and leave Algeria for Morocco should they so choose. That would be the best referendum of them all.” Is there anything else that need be said?

In one-way or another, Algerian claims rest upon misjudgment and false allegations. Its involvement in this dispute depends very much on its historical obsessive concern with Morocco and its strong desire to control and prevail over the region. Its endless efforts to bring instability have embraced everything from military support to the Polisario Front to lobbying politicians.

We all know that Algeria is Morocco’s first enemy.  We have to say it well and once for all: Algeria is our main headache. The damage this country has caused to the Moroccan people is unbearable and inexcusable. What really hurts is the non-passionate reaction of Algerian people towards what is going on, even though they know well of the many sacrifices their neighboring people have made for them throughout history.

How unfortunate it is that the Algerian president, Abdelaziz Boutafelika, is paying back these acts of kindness. Algerian people are absolutely aware of the fact that Abdelaziz Bouteflika was born and raised in the Moroccan city of Oujda. It is there wherein he completed his studies. It is there wherein he joined the Algerian Army of National liberation; the military arm of the National Liberation Front known also by its French acronym FLN. It is in Oujda where he was able maneuver and act upon his commitment and advocacy of Algerian independence. In fact, this is just a tiny portion of a long history of treachery and unprecedented political aggression towards Morocco and its people.