Rabat - Women’s groups in Morocco are leading a movement to have the government allocate at least a third of freshman representatives, who will be voted into office after legislative elections this October, exclusively for woman, according to a report by Medias24. 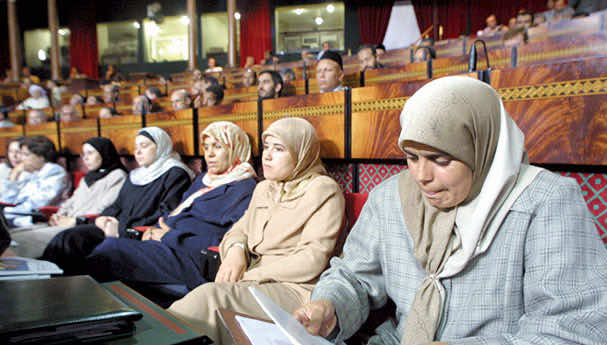 Rabat – Women’s groups in Morocco are leading a movement to have the government allocate at least a third of freshman representatives, who will be voted into office after legislative elections this October, exclusively for woman, according to a report by Medias24.

Rasheed Talibi, the head of the House of Representatives, welcomed the movement’s proposal in order to guarantee the presence of women in the government.

The new quota should be included in an ongoing project to reform the House via bill number 20.16, according to the movement’s leaders, who spoke to representatives in Rabat. The government is currently in talks with parties inside and outside the ruling coalition to finalize terms of the reforms.

Women’s organizations have published several studies over the past ten years regarding female civic engagement in Morocco and, in addition to the quota, suggest changing the current voting process for elected officials.

The activists say allowing citizens to vote directly for representatives, rather than the current process through which parties decide the officials who will represent it in elected positions, would allow more women to be part of the government.

The movement also says that it encourages changes made by a number of political parties to include women in politics by switching to the direct voting system the activists are now backing. The system has allowed 30 women to become part of the House of Representatives, the movement says.

According to rankings by the Inter-Parliamentary Union on April 1, Morocco stands at 107th place worldwide and eighth place in the Arab World for the number of women elected to the country’s legislature.