Chicago - In an unprecedented and historic move, London elected its first Muslim Mayor. With this election, London has become the second Western city to elect a Muslim Mayor after Rotterdam. 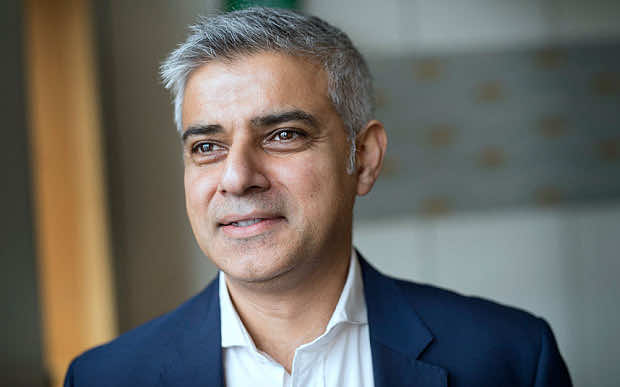 Chicago – In an unprecedented and historic move, London elected its first Muslim Mayor. With this election, London has become the second Western city to elect a Muslim Mayor after Rotterdam.

Sadiq Khan, a 45 years old lawyer and Parliament member from the Labor Party, defeated the conservative Zac Goldsmith with a comfortable 44% after a heated campaign where race and religion were big themes.

Khan, the son of an immigrant bus driver who came from Pakistan in 1960’s, and a mother who sewed clothes, defeated his rival Zac Goldsmith.

Goldsmith, the son of a billionaire, campaigned on an agenda of fear against the practicing Muslim London-born Khan, who is a proud product of state-school education. The human right lawyer and the father of two daughters, khan devoted his professional life to fighting discrimination and vowed to be a Mayor for all Londoners.

In 2005, Khan was elected as a Member of Parliament for Tooting, a district of South London where he grew up. Khan was also a Minister of Community Cohesion, where he worked with people of all faiths to promote cultural and religious understanding, which included anti-Semitism and Islamophobia. He served also as the Minister of Transport, becoming the first Muslim to be in the Cabinet.

Khan campaigned on a simple agenda: he “wanted all Londoners to have the same opportunities that the city gave him: a home they could afford, a high-skilled job with decent pay, an affordable and modern transport system and a safe, clean and healthy environment.”  Khan campaign focused on the soaring housing issues that London has been facing for decades, which represents a barrier to prosperity and fairness according to Khan.

As a proud practicing Muslim, Khan’s win might be historic for global city such as London. His election will send a strong message around the World that Muslims are an essential part of the fabric of global cities. With its involvement in Iraq and Afghanistan and a large Muslim population, the U.K and London have always faced terrorist threats from global terrorist organizations. Khan’s election sends a strong message that the West is still a beacon of tolerance and co-existence.

While Islamophobia is on the rise around the World, today London has demonstrated that it is truly a tolerant diverse global city. The election of Khan will be historic not only for London, but it will definitely open dialogue among Muslim leaders around the Western world to jump into the public sphere and represent a diverse constituency to lead against Islamophobia. The election of Khan as a Mayor will prove a smart move of London in fighting against the rising threat of ISIS as it expands its reach into global cities across Europe.