Meknes - Hasnae Azouagh, a social activist and president of “Alqouloub Rahima” in Tangier, will represent Morocco in the Arab TV program “The Queen.” 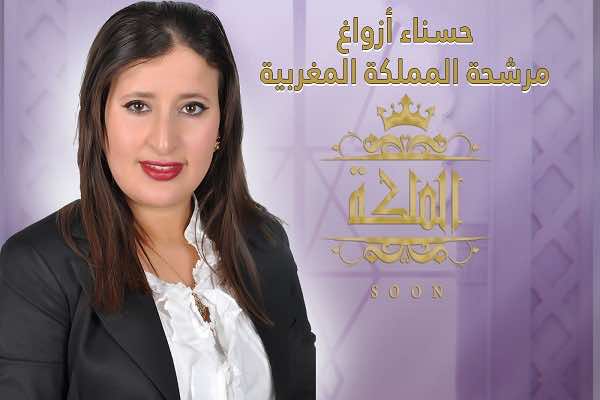 Meknes – Hasnae Azouagh, a social activist and president of “Alqouloub Rahima” in Tangier, will represent Morocco in the Arab TV program “The Queen.”

Azouagh’s selection has been attributed to her dedication to promoting community service in Morocco and her efforts to support the underprivileged.

“The Queen” is part of the Arab Women campaign, which was launched by Ibrahim Abu Zekri, PhD of the General Union of Arab Producers ten years ago. The campaign seeks to shed light on the positive role of women in the Arab world and encourage female change makers.

In an interview with Alarabyanews, “The Queen” host Rehab Zinedine said, “The program will be aired on more than 70 Arab channels and will host prominent Arab stars.”

“The program is completely different from any programs offered before because it depends on the women’s thoughts [rather than] their shapes or appearances,” Zinedine said.

According to Zinedine, “The Queen” is designed to rectify misconceptions about Arab women and showcase women leaders in the Arab world.

Zinedine, well known as the Ambassador of the White Hands Campaign, said, “Although the world has  progressed, Arab women still haven’t received their rights. What we are doing is highlighting the women who made changes in their communities.”