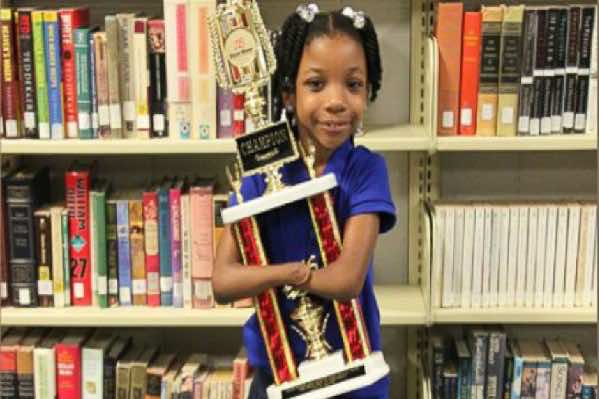 Despite her disability, Anaya has managed to best 50 other children from the United States.

Her technique is different from that of other children; she holds a pencil between her two arms and stands at her desk to express her feelings.

Anaya’s passion for writing mesmerized her teachers and classmates. She was entered into the competition by the principal at Greenbrier Christian Academy, Tracy Cox, who views her talent as a means to overcome her disability’s limitations.

“There is truly very little that this girl cannot do,” Tracy Cox said. “She does not let anything get in the way of doing what she has set out to do.” 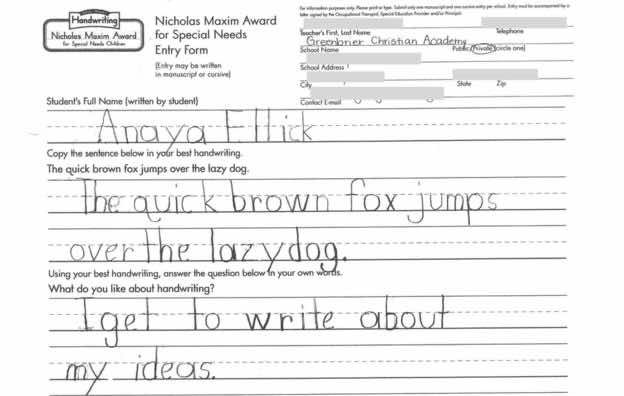 The principal noted that the idea to participate in the contest came after she saw that Anaya was a hardworking student who she needed support to unleash her potential.

“She is a hard worker and has some of the best handwriting in her class,” Cox added.

In April, the officials of the Nicholas Maxim Special Award for Excellence in Manuscript Penmanship announced that Anaya had beaten out 50 children around the country in that category, which is for individuals from kindergarten through eighth grade who have a disability or cognitive delay and physical development.

The competition director Kathleen Wright, also inspired by her handwriting, described her writing sample as comparable to that of someone who has hands.

“We looked at her writing and were just stunned to see how well her handwriting was, considering she writes without hands.”