Taroudant - Hundreds of London buses will carry adverts praising Allah as part of a campaign by Islamic Relief, Britain’s biggest Muslim charity, in order to help victims of the Syrian civil war during Ramadan. 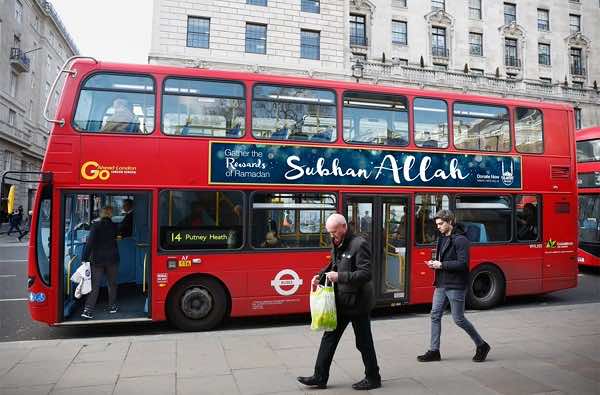 Taroudant – Hundreds of London buses will carry adverts praising Allah as part of a campaign by Islamic Relief, Britain’s biggest Muslim charity, in order to help victims of the Syrian civil war during Ramadan.

The international humanitarian organization is funding the campaign to roll out posters on buses in London, Manchester, Birmingham and Bradford starting from May 23.

The adverts will feature banners, reading “Subhan Allah”, meaning “Glory be to God” in Arabic.

The Organizers of the operation that will carry on through Ramadan (between June 6 and July 7) hope it will encourage Muslims to engage in humanitarian work towards the victims of the Syrian war.

Imran Madden, the UK director of Islamic Relief, said: “In a sense this could be called a climate change campaign because we want to change the negative climate around international aid and around the Muslim community in this country.

“International aid has helped halve the number of people living in extreme poverty in the past 15 years, and British Muslims are an incredibly generous community who give over £100 million to international aid charities in Ramadan.”

Even though the Transport for London (TfL), which regulates adverts on the capital’s buses and Underground networks, does not permit posters linked to a “political party or campaign,” it allows religious ads to show on their buses.

However, the campaign that aims to make a difference in the life of the needy people during the holy month of Ramadan seems to anger some political parties in the UK.

Baroness Hussein-Ece, the Liberal Democrats equalities spokesperson, condemned the move on Twitter, saying religion should be solely “a private matter”.

I can’t see the point of the ‘Praise Allah’ bus campaign. Religion should be a private matter IMHO.