Rabat - Two male Moroccan and Algerian asylum seekers, who fled their countries for being gay, have taken steps to marry in the Center for Temporary Stay of Immigrants (CETI) in the Spanish enclave of Melilla, situated in northern Morocco. 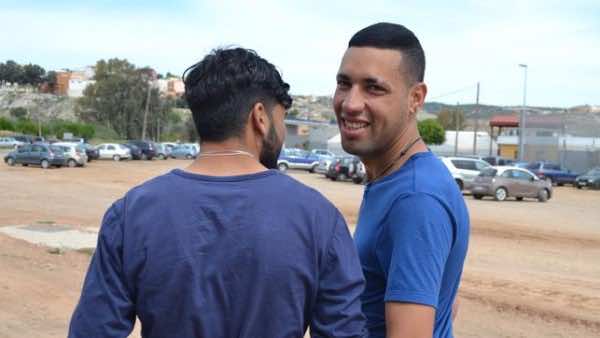 By
Larbi Arbaoui
-
Larbi is a freelance writer and assistant editor at Morocco World News.
May 11, 2016
Spread the love

Rabat – Two male Moroccan and Algerian asylum seekers, who fled their countries for being gay, have taken steps to marry in the Center for Temporary Stay of Immigrants (CETI) in the Spanish enclave of Melilla, situated in northern Morocco.

According to the Spanish news outlet Eldiario, Annouar Damani, an Algerian who converted to Christianity, and his Moroccan partner Mohammed, originally from Nador, are taking the legal steps to get officially married.

The Algerian man from Kabylia Amazigh region insisted on appearing with his full name and photo in the article, unlike most other Maghreb homosexuals residing in Melilla.

“My family is dead to me,” he said, adding that his love to Mohamed is “beyond any religion.”

He told Eldiario that everyone knows that they are getting married, stressing that he will “encourage the CETI homosexuals to change their mentality. Because everyone is afraid.”

“I have no problem and I’ll make a big party at the CETI the day I get married,” he said, laughing while he stands with his far more reserved Moroccan partner.

The same source said that the couple has not yet received refugee status, but they have already taken steps to marry.

Both men, 26 years old, fled their homes because of their sexual orientations.

Mohamed’s parents kicked him out of their home when they discovered his contacts with other homosexual people on Facebook.

The same source said that nearly 50 Moroccans are living in the CETI, because they say they are persecuted for their homosexuality.

Nuria Mohamed Fadel, a lawyer from the Movement for Peace who is also representing the couple, said that the only difficulty they face in order to complete the marriage procedures is the need for Muhammad’s birth certificate.

“He must return to the Moroccan territory in order to get it,” the lawyer said.

Eldiario said even though they managed to present all of the legal documents necessary for an official marriage, the judge is likely to submit them to an interview to rule that their union is simulated.