Rabat - The people of Britain are setting up, yet again, a good example of brotherhood of men and dialogue of cultures and religions and telling the world that bigotry has no place in the modern world. 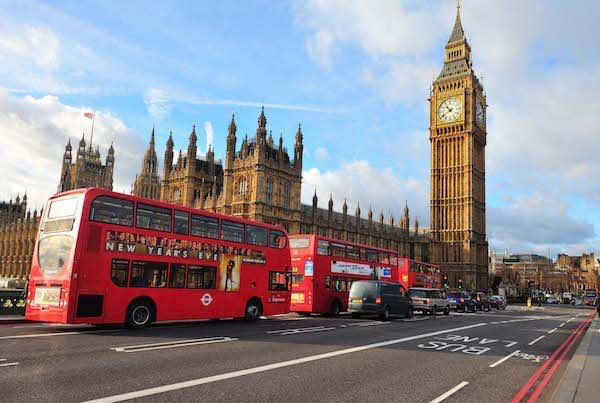 Rabat – The people of Britain are setting up, yet again, a good example of brotherhood of men and dialogue of cultures and religions and telling the world that bigotry has no place in the modern world.

Indeed, the election of Sadiq Khan, the son of a Pakistani bus driver, by a clear majority to the mayorship of London is a strong signal that the British people are sending, exclusively, to Donald Trump, who wants to stop Muslims from entering the US and, at the same time, to all the bigots of the world, that they have no place in today’s global culture.

It is not the first time a Muslim Mayor is elected to head a European city, Ahmed Aboutaleb, a Moroccan Dutch, son of an Imam from the poor and neglected Rif region of northern Morocco, has been the mayor of Rotterdam since January 5, 2009, representing of the Labor Party (Partij van de Arbeid; PvdA).

Both men probably would not have assumed such important offices in their respective Muslim countries because they are poor and do not have the means to buy political patrons and votes to get elected to such a prestigious position.

Britain is setting the example

This does not mean in the least that the British are telling the Americans what to do in politics, but they are just reminding the world, at large, that the democratic forces of the world ought to resist and fight recurrent spates of racism, xenophobia and hatred.

For Parveen Akhtar, the election of Sadiq Khan has no religious, or cultural coloration, it is a question of sheer merit:

“For many, this is a triumph of meritocracy over privilege – a sign that the political establishment is becoming more inclusive and representative of the ethnic, religious and socioeconomic diversity of the wider population. And Khan is not the only second-generation Pakistani to have entered high political office in the UK. Sajid Javid, the current secretary of state for Business, Innovation and Skills, is the son of a Pakistani immigrant who worked in the mills of the north before becoming a bus driver. So too did the father of Baroness Sayeeda Warsi, who rose to become a member of David Cameron’s cabinet, and was the first Muslim woman to sit at the highest table in the land. In the 2015 general election alone, ten individuals of Pakistani heritage were elected to the British parliament.”

London, braving the elements, has courageously cast its vote in the upcoming November American presidential elections, in favor of Hilary Clinton. The decision is certainly a brave political move, but one wonders what would happen, if worse comes to worse, and Donald Trump is elected President. Would he ban the British, as well, from entering America, for rejecting him and his philosophy of hate?

Britain is a staunch and reliable ally of the mighty United States, today, it is giving a precious and friendly advice to the American establishment and the American people: “with Trump, you are on a suicidal course, so kindly get your s..t together before it is too late, if you want to remain the leader of the free world and the beacon of democracy.”

The democratic forces of America are, certainly, heeding the advice; the Republican Party abhors Donald Trump. However, their hands are tied behind their back because this man is becoming the inevitable presumptuous nominee for the presidential elections by democratic means, meaning, unfortunately, that a good portion of the American people want an isolationist country with a supremacist philosophy. However, one wonders would America, which championed globalism in the aftermath of fall of the Wall of Berlin on November 9, 1989, remain the only trusted global power with Donald Trump at the helm? The outright answer is, probably, “no.”

If social media is a thermometer of the health of a given group of people, the Republican Party is sick and running a high fever. Indeed, many sympathizers of this great and traditional American political party that was behind, once upon a time, the abolishment of slavery under the guidance of Abraham Lincoln during his presidency (1861-1865), are rejecting Donald Trump by twitting: “I am not a Republican anymore. I am with her…,” meaning, obviously, Hilary Clinton.

The “Grand Old Party” known as GOP is in deep crisis, today. The very party that came first to power in 1861 on the ticket of banning slavery, a move that led, ultimately, to the American Civil War of 1861-1865. A terrible war fought by the abolitionist North against the seven Slave States of the south, known as the Confederate States of America, and that claimed the lives of 750,000 people. The GOP is, today, in the grip of Trump mania. Would it embark on another “war” against bigotry, racism and xenophobia, this time, and “ban” Donald Trump or allow his nomination, in the name of democracy, and lose the world? It is quite a dilemma, indeed.

The GOP has to find a compromise before its convention in the summer, and whichever way they will lose the elections, anyway. If they confirm Donald Trump’s nomination they will lose the presidential elections and the sympathy of the world and poor Abraham Lincoln will turn in his grave. If they opt for a compromise candidate, they will still lose the elections, but gain the esteem of the world, at large, and London will salute their courage and democratic resolve, and this would, undoubtedly, be the least harmful of the two evils.

For Sean Illing, the GOP is determined, at long last, to derail the Donald Trump, come what may:

“There are five stages of grief – denial, anger, bargaining, depression, and acceptance. Although not necessarily in that order, the Republican Party has passed through most of these stages as Donald Trump has bulldozed his way through the nomination process. I thought we had finally reached acceptance, but it appears the GOP has shifted back to the bargaining phase. Even at the risk of exploding the party, they appear determined to derail the Trump train.”

The Battle of London, Act II

During World War II, the Third Reich believed that if they could win the Battle of Britain, they would win the war. Thus, from September 7, 1940 to May 10, 1941 the Nazi Germans unleashed a massive bombardment of the British capital to break the resolve of the population and the steadfastness of the Winston Churchill conservative government (first in office from May 10, 1940 to July 26, 1945). This campaign known in modern terminology as the Blitz, ended in total German discomfiture and disarray. In 1941, The British government made a 15-minute propaganda film entitled “The Battle of London” that ended in a defying battle cry:”London can take it, and London can give it too!”

Today, London is giving the world a lesson in tolerance, equality, dialogue and the acceptance of the other in his “otherness.” Would the world heed this gesture and fight, with equal strength, bigotry, racism, xenophobia, terrorism, religious radicalism and violence? Only time will show.

However, anachronistically, at the same time, Boris Johnson, the former Mayor of London is heading the campaign Brexit and pushing for EU exit under the rallying battle cry: “#Take Control” by voting to leave the European Union in the upcoming national referendum, in order, apparently, to check and stop immigration.