Rabat - The newly adopted law that regulates the employment of housemaids and sets the age of 16 as the minimum age for domestic workers continues to stir controversy in Morocco, especially on social media. 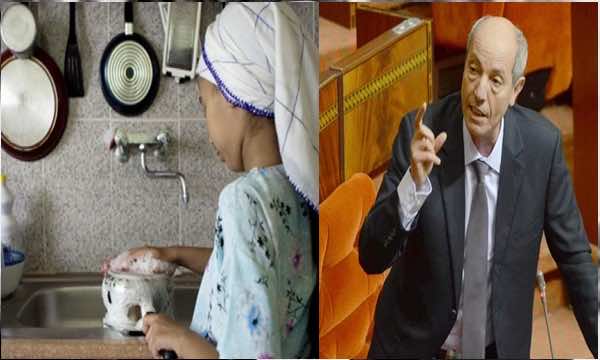 Rabat – The newly adopted law that regulates the employment of housemaids and sets the age of 16 as the minimum age for domestic workers continues to stir controversy in Morocco, especially on social media.

After the objections of human rights organizations, which regard the law as a “violation” of child rights, the Minister of Employment Abdeslam Saddiki finds no ground for this objection and enthusiastically defends the law.

The detractors of the ‘regressive’ law find it paradoxical because it was suggested by a ‘progressive’ minister who belongs to the Progression and Socialism Party. In reaction to the controversy, the Ministry of Employment and Social Affairs issued a press release on Tuesday in which it affirms that “the law which comprises five chapters and 27 articles is considered a significant accomplishment to this category of workers because it came to lift the injustice they have been suffering for years.”

According to the communiqué that these accomplishments are “the setting of the minimum age for work, the need of a work contract for the housemaid, benefiting from social protection, benefiting from weekly rest and annual holidays, protection against dangerous work, prevention of paid intermediaries, and benefiting from training.”