Rabat - The arrest on Friday in Tangier of an ISIS-affiliated Chadian national led to the seizure in a house in the same city of products and substances that may be used in the manufacture of explosives, the Interior ministry said Saturday. 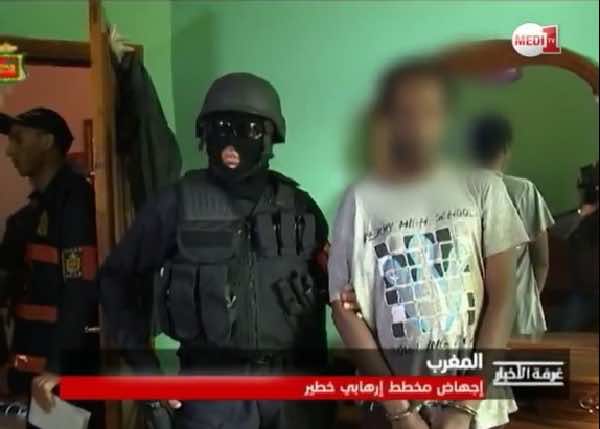 Rabat – The arrest on Friday in Tangier of an ISIS-affiliated Chadian national led to the seizure in a house in the same city of products and substances that may be used in the manufacture of explosives, the Interior ministry said Saturday.

Materials that may be used in the manufacture of explosive belts were also seized during the operation, the ministry added in a statement.

Documents regarding the manufacture of explosives and video recordings of sites scouted by the terrorist in some Moroccan cities were also seized.

Preliminary investigations revealed that the suspect was planning to attack hotels, military barracks, police centers and a Western diplomatic mission.

He also planned, with members of his cell, to take hostages among security forces and kill them to encourage jihadists who adhere to the same ideology to join his criminal project, the source said.

The suspect will be brought to justice at the end of the investigation, which is conducted under the supervision of the public prosecutor’s office.