Rabat - After losing their mother in a traumatic delivery, triplets were left with only their father to care for them in the province of Taroudant. 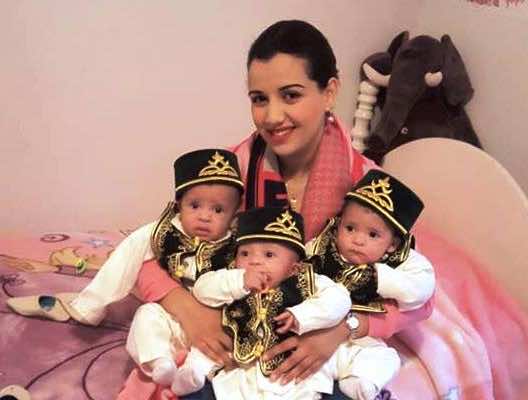 By
youssef El kaidi
-
Youssef El Kaidi is a PhD candidate at the University of Sidi Mohammed Ben Abdelah Fez.
May 14, 2016
Spread the love

Rabat – After losing their mother in a traumatic delivery, triplets were left with only their father to care for them in the province of Taroudant.

However, and thanks to the humanitarian initiative of Dr. Laila Elzimahi, the suffering of the triplets and their father is coming to an end.

The triplets, whose mother died the moment they were born, were transported from the far-flung village where their parents lived to the center of Talouine, in the region of Taroudant, in southeastern Morocco.

Dr. Laila Elzimahi launched a call for donations, and people gave 250,000 dirham, in addition to a large amount of clothes, diapers, and canned milk.

In an exclusive interview with Alyaoum-24, Dr. Elzimahi pointed out that the initiatives she leads along with many philanthropists aim at resolving a wide range of health problems, especially in the province of Taroudant. Such initiatives enabled a number of surgeries for the needy and rescued many homeless people from the street.

She spoke about the case of the triplets, clarifying that her intervention is not an adoption, as some observers would like, but a mere humanitarian act to provide help for the small deceased family. A few days ago, Dr. Leila organized a circumcision party for the triplets, which was attended by a number of donors, social activists, and philanthropists.